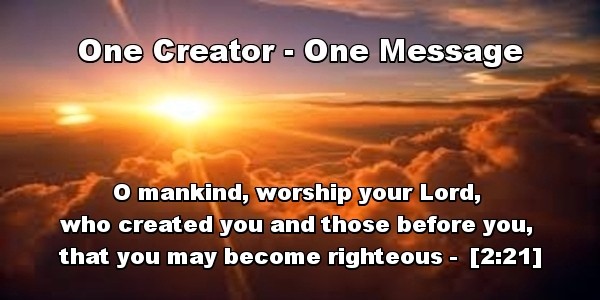 The QURAN
“Indeed in the creation of the heavens and the earth. In the alternation of the night and the day. In the sailing of the ships through the ocean for the profit of humanity. In the rain, which God sends down from the skies. And the life, which He gives to earth that is dead. In the creatures of all kinds that He scatters through the earth. In the change of the winds, and the clouds which they trail like their slaves between the sky and the earth. Indeed in these are signs for people who are wise.”
[Quran – 2:164]

The BIBLE
“For ever since the world was created, people have seen the earth and sky. Through everything God made, they can clearly see his invisible qualities--his eternal power and divine nature. So they have no excuse for not knowing God.”
[Romans 1:20]