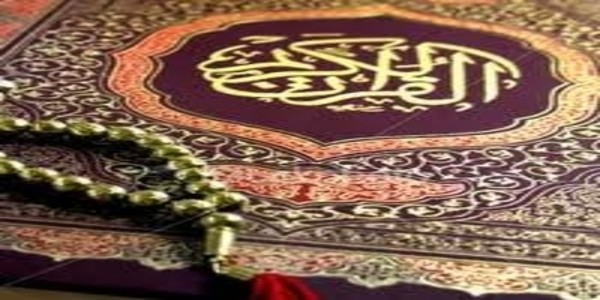 It is a religious observance that lasts for a fixed number of days. But those of you who are sick or proceeding on a journey shall compensate the fast by the same number of days at a later date. As for those who experience hardship caused by fasting, they appease Allah by expiation of feeding an indigent. Nonetheless, he who voluntarily offers to commit good shall find benevolence and benefaction indeed rewarding; and if you are able to fast, it profits you, if only you knew. Ramadan is the month of fasting during which the Quran’s poignant disclosure was revealed to guide people into all truth; its clear revelations guide out of darkness and superstition and eliminate w ant of spiritual and intellectual vision into illumination and mental enlightenment, and its precepts are the standard to judge right or wrong. Therefore, he who grasps sight of the birth of the moon shall begin to fast. But he who is sick or proceeding on a journey shall fast the same number of days at a later time. Allah purposes to put you at ease and not make you experience discomfort. He wants you to complete the course of fasting so that you praise Allah and extol His glorious attributes for His guidance to the path of righteousness and that you may hopefully impel yourselves to feel gratitude[2],

“Permitted to you, on the night of the fasts, is the approach to your wives. They are your garments and ye are their garments. Allah knoweth what ye used to do secretly among yourselves; but He turned to you and for gave you; so now associate with them, and seek what Allah Hath ordained for you, and eat and drink, until the white thread of dawn appear to you distinct from its black thread; then complete your fast Till the night appears; but do not associate with your wives while ye are in retreat in the mosques. Those are Limits (set by) Allah: Approach not nigh thereto. Thus doth Allah make clear His Signs to men: that they may learn self-restraint.[3]”

[Bukhari, Book #2, Hadith#37] “Narrated Abu Huraira: Allah's Apostle said, "Whoever observes fasts during the month of Ramadan out of sincere faith, and hoping to attain Allah's rewards, then all his past sins will be forgiven."

[Muslim, Book #004, Hadith #1664] “Abu Huraira reported Allah's Messenger (may peace be upon him) as saying: He who observed the fasts of Ramadan with faith and seeking reward (from Allah), all his previous sins would be forgiven, and he who observed prayer on Lailat-ul- Qadr with faith and seeking reward (from Allah), all his previous sins would be forgiven.”
[Bukhari, Book #31, Hadith #128] “Narrated Abu Huraira: Allah's Apostle said, "Allah said, 'All the deeds of Adam's sons (people) are for them, except fasting which is for Me, and I will give the reward for it.' Fasting is a shield or protection from the fire and from committing sins. If one of you is fasting, he should avoid sexual relation with his wife and quarreling, and if somebody should fight or quarrel with him, he should say, 'I am fasting.' By Him in Whose Hands my soul is' The unpleasant smell coming out from the mouth of a fasting person is better in the sight of Allah than the smell of musk. There are two pleasures for the fasting person, one at the time of breaking his fast, and the other at the time when he will meet his Lord; then he will be pleased because of his fasting."

[Muslim, Book #006, Hadith #2567] “Abu Huraira (Allah be pleased with him) reported Allah's Messenger (may peace be upon him) as saying: Every (good) deed of the son of Adam would be multiplied, a good deed receiving a tenfold to seven hundredfold reward. Allah, the Exalted and Majestic, has said: With the exception of fasting, for it is done for Me and I will give a reward for it, for one abandons his passion and food for My sake. There are two occasions of joy for one who fasts, joy when he breaks it, and joy when he meets his Lord, and the breath (of an observer of fast) is sweeter to Allah than the fragrance of musk.”