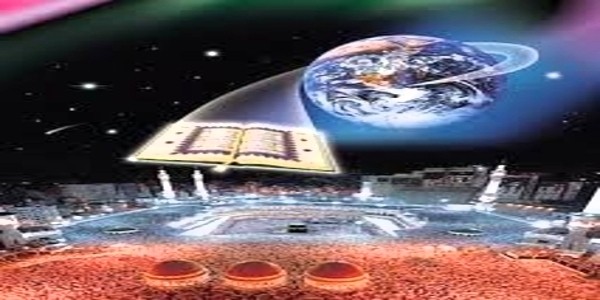 "ALLAH HAS WILLED UPON HIMSELF THE LAW OF GRACE AND MERCY"

[ALLAH'S Quran – 6:12 – Asad] “Say: "Unto whom belongs all that is in the heavens and on earth?" Say: "Unto God, who has willed upon Himself the law of grace and mercy. He will assuredly gather you all together on the Day of Resurrection, [the coming of] which is beyond all doubt: yet those who have squandered their own selves-it is they who refuse to believe [in Him],”

ALLAH’S Declaration Explained by The Prophet of Islam (pbuh)

[Hadith – Bukhari, Book #54, Hadith #416] “Narrated Abu Huraira: Allah's Apostle said, "When Allah completed the creation, He wrote in His Book which is with Him on His Throne, "My Mercy overpowers My Anger."

[Hadith - Muslim, Book #037, Hadith #6626] “(2) Abu Huraira reported that Allah's Messenger (may peace be upon him) said: When Allah created the creation as He was upon the Throne, He put down in His Book: Verily, My mercy predominates My wrath”

[Hadith – Sunan Abudawud, Book #41, Hadith #4923] “Narrated Abdullah ibn Amr ibn al-'As: The Prophet (peace_be_upon_him) said: The Compassionate One has mercy on those who are merciful. If you show mercy to those who are on the earth, He Who is in the heaven will show mercy to you.”