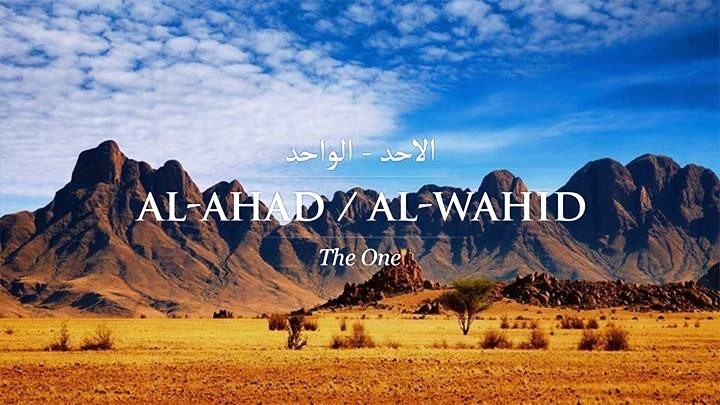 Your God is One God. There is no god but Him, the All-Merciful, the Most Merciful.
(Surat al-Baqara, 2:163)

For centuries, people who have failed to grasp Allah's greatness have worshipped what they considered to be “superior” and “powerful” beings, such as the Sun or stars. Furthermore, despite all their feebleness, some people even dared to declare themselves as deities. In the Qur'an, Allah gives the example of a man who argued with Prophet Ibrahim (as) about Allah's unity and power. Prophet Ibrahim (as) responded in the following terms:

What about the one who argued with Ibrahim about his Lord, on the basis that Allah had given him sovereignty? Ibrahim said: “My Lord gives life and causes to die.” He said: “I too give life and cause to die.” Ibrahim said; “Allah makes the Sun come from the East. Make it come from the West.” And the one who was an unbeliever was dumbfounded. Allah does not guide wrongdoing people. ( Surat al-Baqara, 2:258)

Setting up any other deity with Allah is not unique to previous peoples, for we see it even in our own time. While modern people do not worship the Sun, particular stars, or similar items, they worship people who are just as helpless as themselves or such concepts as beauty, wealth, and power. They devote their lives to acquiring wealth and never once wonder if Allah is pleased with them. They consider people, other beings, or particular objects as equal to Allah and so clearly associate partners with Him.

Given that Allah is the Creator, no one can make the Sun rise from the West, stop the universe from expanding, hold the heavens and Earth, or create a human being from nothing. Allah is the only God, for nothing that exists can be equal to the Creator. The Qur'an describes the weakness of those who associate partners with Allah, as follows:

O mankind! An example has been made, so listen carefully. Those whom you call upon besides Allah cannot create a single fly, even if they were to join together to do it. And if a fly steals something from them, they cannot get it back. How feeble are both the seeker and the sought! ( Surat al-Hajj, 22:73)

... Or have they assigned partners to Allah who create as He creates, so that all creating seems the same to them? Say: “Allah is the Creator of everything. He is the One, the All-Conquering.”( Surat ar-Ra‘d, 13:16)

... The Messiah, ‘Isa son of Maryam, was only the Messenger of Allah and His Word, which He cast into Maryam, and a Spirit from Him. So believe in Allah and His Messengers. Do not say: “Three.” It is better that you stop. Allah is only One God. He is too Glorious to have a son! Everything in the heavens and in Earth belongs to Him. Allah suffices as a Guardian. ( Surat an-Nisa', 4:171)