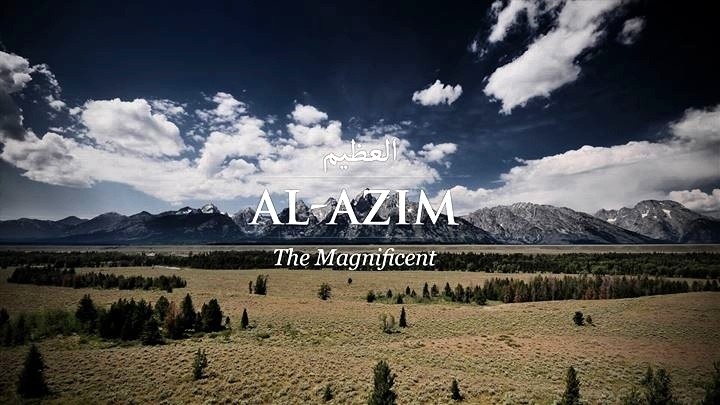 The Supreme Glory, The Mighty Splendor, The Most Grand, The Greatest

The One who is greatest, mightiest, grandest and above all.

The One who is of the greatest importance.

The One who is magnificent, vast and most revered.

The One who is of perfect and absolute greatness.


From the root 'a-z-m which has the following classical Arabic connotations:

to be great, large, big
to be vast, huge, enormous
to be great in rank, importance or dignity
to be imposing, powerful, superior
to be magnificent, honored, revered, sublime
to be immense, stupendous, lofty
to be above imperfection

Note that the Arabic letter z sounds nothing at all like the English letter z, but rather is a open-jaw "th" sound.

Jalîl is considered to be greatness in attributes.

Kabîr denotes the One whose essence is greatness.

Azîm is greatness in both attributes and self.

Mutakabbir is an empathic form which denotes actively using rights, privileges, rank and attributes that are above and beyond the rights of everyone else.