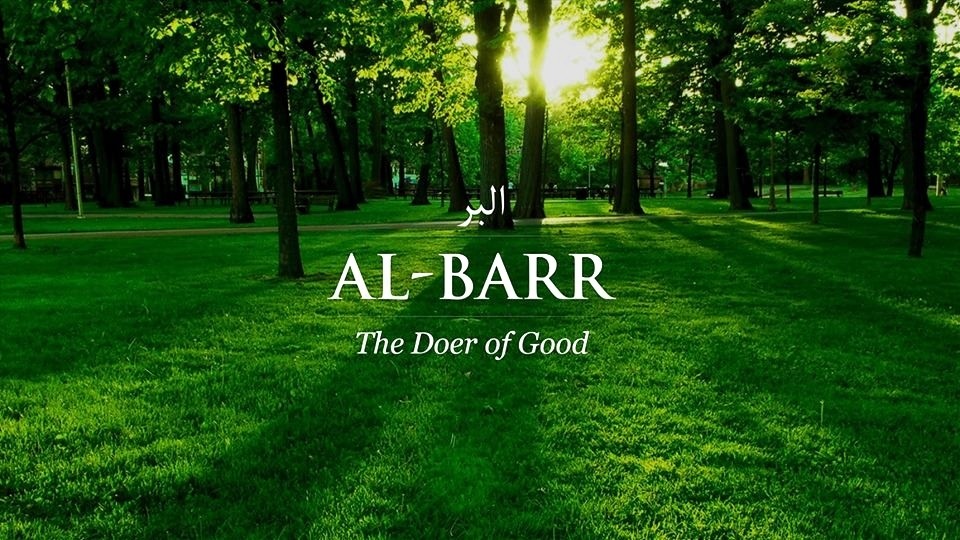 ALLAH: Al-Barr - The Beneficent; The All-Good

Beforehand we certainly used to call on Him because He is the All-Good , the Most Merciful.
( Surat at-Tur, 52:28)

Allah created all people and placed them in a setting that is perfectly suitable for human life and that was designed to serve them. In Surat an-Nahl, Allah informs us about some of these blessings:

He created man from a drop of sperm, and yet he is an open challenger! And He created livestock. There is warmth for you in them and various uses, and some of them you eat. And there is beauty in them for you in the evening when you bring them home, and in the morning when you drive them out to graze. They carry your loads to lands you would never reach, except with great difficulty. Your Lord is All-Gentle, Most Merciful. And horses, mules, and donkeys both to ride and for adornment. And He creates other things you do not know. The Way should lead to Allah, but there are those who deviate from it. If He had willed, He could have guided every one of you. He sends down water from the sky, from which you drink and from which come the shrubs among which you graze your herds. And by it He makes crops grow for you, as well as olives, dates, grapes, and fruit of every kind. There is certainly a Sign in that for people who reflect. He has made night and day subservient to you, and the Sun and Moon and stars, all of which are subject to His command. There are certainly Signs in that for people who use their intellect. And also the things of varying colors He has created for you in Earth. There is certainly a Sign in that for people who pay heed. He made the sea subservient to you so that you can eat fresh meat from it and bring out from it ornaments to wear. And you see the ships cleaving through it so that you can seek His bounty, and so that hopefully you will show thanks. He cast firmly embedded mountains on the ground so it would not move under you, and rivers and pathways so that hopefully you would be guided, and landmarks. And they are guided by the stars. ( Surat an-Nahl, 16:4-16)

No doubt, one can never bring into being, possess, or attain any of the blessings mentioned above by his own efforts. However, Allah has granted all of these beauties to humanity as blessings to indicate His vast generosity toward His servants. In return for such goodness, what does He expect? In the remaining part of the sura, Allah answers that He expects humanity to heed and serve Him, as follows:

Is He Who creates like him who does not create? So will you not pay heed? If you tried to number Allah's blessings, you could never count them. Allah is Ever-Forgiving, Most Merciful.
( Surat an-Nahl, 16:17-18)