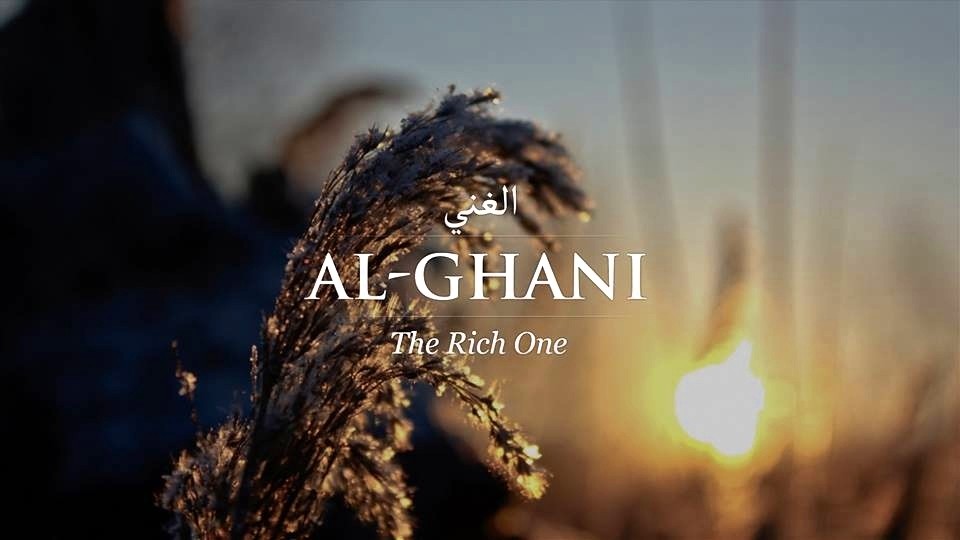 ALLAH: Al-Ghani - The Self-Sufficient, The Rich Beyond Need

O mankind! You are the poor ones in need of Allah, where as Allah is the Rich Beyond Need , the Praiseworthy. (Surah Fatir, 35:15)

Throughout history, insolent and arrogant people have displayed one common characteristic: their power and wealth. These people grew arrogant toward Allah, due to the blessings He granted to them, and turned their faces away from Him. Forgetting that Allah is the real owner of everything, they attempted to claim ownership over what He granted them out of His great kindness. They grew rebellious, directed pressure and violence against believers, and met His Messengers with great hostility. Ultimately, Allah seized them with an unbearable torment. For example, He caused some of them to be swallowed up by an earthquake and showed others that He is Rich Beyond Need. In one verse, Allah relates the situation of such nations, as follows:

That is because their Messengers brought them the Clear Signs, but they said: “Are human beings going to guide us?” So they were unbelievers and turned away. But Allah is completely independent of them. Allah is Rich Beyond Need, Praiseworthy. (Surat at-Taghabun, 64:6)

These arrogant and unbelieving people fail to remember or grasp that only Allah, the sole Owner, actually owns all that exists. Allah informs us of this fact, as follows:

The Qur'an informs us that these people, because they were well-off, had grown arrogant and thus had turned away from worshipping Allah and adhering to His Messengers. Prophet Musa (as) responded to them in the following manner:

Musa said: “If you were to be ungrateful, you and everyone on Earth, Allah is Rich Beyond Need, Praiseworthy.” (Surah Ibrahim, 14:8)

As Allah informs us in many other verses, He is the real Owner of power and wealth. He is Rich Beyond Need of any being, but everything and everyone is in need of Him, as the Qur'an reveals below:

Have they not traveled in the land and seen the final fate of those before them? They were far greater than them in strength. Allah cannot be withstood in any way, either in the heavens or on Earth. He is All-Knowing, All-Powerful. (Surah Fatir, 35:44)