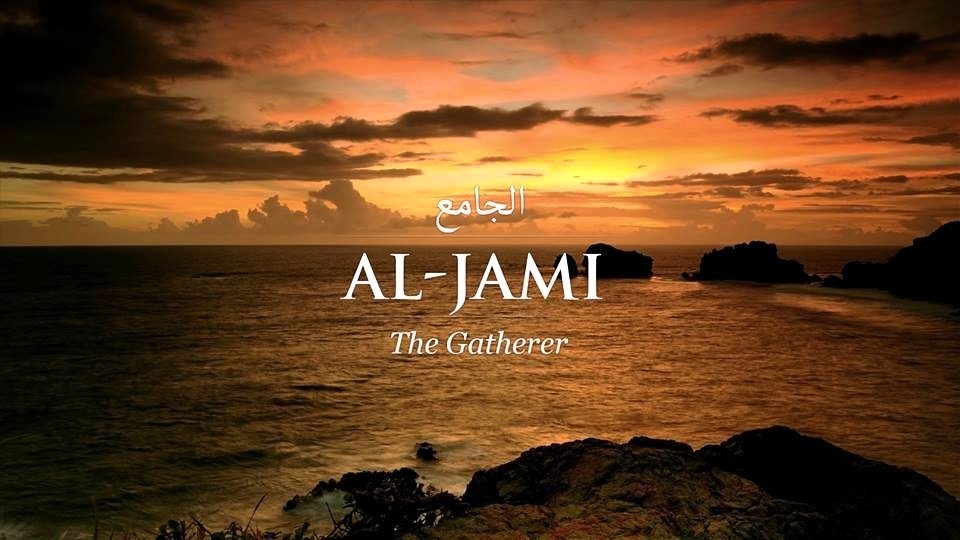 "Our Lord, You are the Gatherer of mankind to a Day of which there is no doubt. Allah will not break His promise." (Surah Al ‘Imran, 3:9)

This attribute of Allah expresses His control over all systems in the universe. As the Creator of all that exists, He has the power to make all the living and non-living beings obey Him and so can gather them wherever He wishes. In the Qur'an, Allah promises that He will gather believers together in this world:

Each person faces a particular direction, so race each other to the good. Wherever you are, Allah will bring you all together. Truly, Allah has power over all things. ( Surat al-Baqara, 2:148)

However, the actual gathering will take place on the Day of Judgment, when all believers will enter His presence. Allah, Who knows the unbelievers who reject Him and His messengers, as well as their actions, will collect everyone who has ever lived by causing the Trumpet to be blown. Allah will gather all unbelievers to account for their deeds, and then will order them to be cast headlong into Hell, where they will be repaid in full for what they did.

In Paradise , Allah will reward His followers also in crowds. On that Day, He will gather His servants and their leaders to His presence. With their light streaming out in front of them and to their right, they will attain Paradise due to His grace and mercy. Meanwhile, just as in this world, He will keep the unbelievers in Hell together and let them argue with one another. Their impious spouses and idols will remain together and be repaid in a narrow corner of Hell. The unbelievers will be consumed with the pain of being driven to Hell along with their irreligious spouses and friends, upon whom they had relied so much. In the verse below, Allah informs us that He will gather Satan's followers together and herd them into Hell.

It has been sent down to you in the Book that when you hear Allah's Signs being rejected and mocked at by people, you must not sit with them until they start talking of other things. If you do [remain seated], you are just the same as them. Allah will gather all the hypocrites and unbelievers into Hell. ( Surat an-Nisa', 4:140)