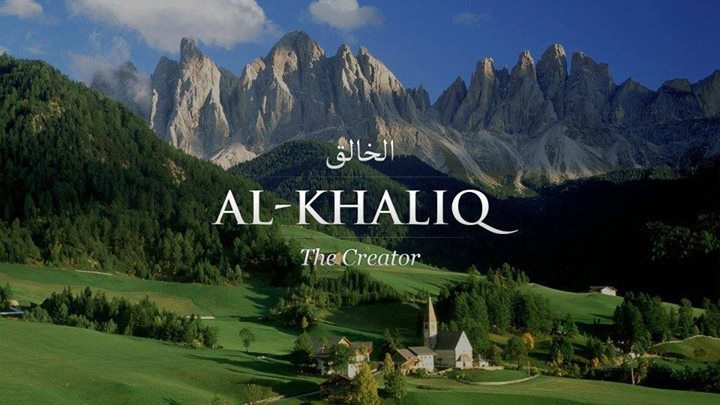 Allah created every animal from water. Some of them go on their bellies, some of them on two legs, and some on four. Allah creates whatever He wills . Allah has power over all things. (Surat an-Nur, 24:45)

Bees accomplish their tasks perfectly. Worker bees construct the hive, ventilate it, and maintain a constant temperature in it. They also bring in the nutrients they collect from flowers. The queen bee, on the other hand, remains in the hive and ensures the community's continuity. The gnat larva changes its skin four times before it fully completes its development. Toward the end of the pupa period, the pupa cocoon, which is covered with a special viscous liquid that protects the gnat's head from contact with water, is torn at the top and the adult gnat climbs onto the water with only its feet touching it.

Bees and gnats are only two types of living beings on this planet. Yet, as is the case with all other living beings, Allah determines when they will be born, live, and die. From the time they are born, they live as Allah considers proper for them and commands them to live. Never do they transgress the boundaries of their assigned duties. This holds true for lizards that survive in deserts where the temperature reaches 50° Celsius (122° Fahrenheit), as well as for penguins living in polar regions where the temperature can drop far below -50° Celsius (-58° Fahrenheit) or sponges whose habitat is thousands of meters below the ocean's surface. The earlier ones also lived in the same way and the latter ones will continue to do so, for Allah determines a way of life for each living being. Therefore, no living being can determine how it will live, for this determination lies only with Allah, to Whom they all submit.

Humanity is a tiny part of life, a being Allah created from a drop of water and granted a way of life. Thus, only He can determine when a person will be born or die, control the aging process, or will one to be immune or susceptible to any weakness or disease. The unprecedented nature of His power and His control over everything is related in the Qur'an, as follows:

He is the Originator of the heavens and Earth. How could He have a son when He has no wife? He created all things and has knowledge of all things. (Surat al-An‘am, 6:101)

Say: “Who is the Lord of the heavens and Earth?” Say: “Allah.” Say: “So why have you taken protectors apart from Him who possess no power to help or harm themselves?” Say: “Are the blind and the seeing equal? Or are darkness and light the same? Or have they assigned partners to Allah, Who creates as He creates, so that all creating seems the same to them?” Say: “Allah is the Creator of everything. He is the One, the All-Conquering.” (Surat ar-Ra‘d, 13:16)

They will ask their skins: “Why did you testify against us?” and they will reply: “Allah gave us speech, as He has given speech to everything. He created you in the first place, and you will be returned to Him.” (Surah Fussilat, 41:21)