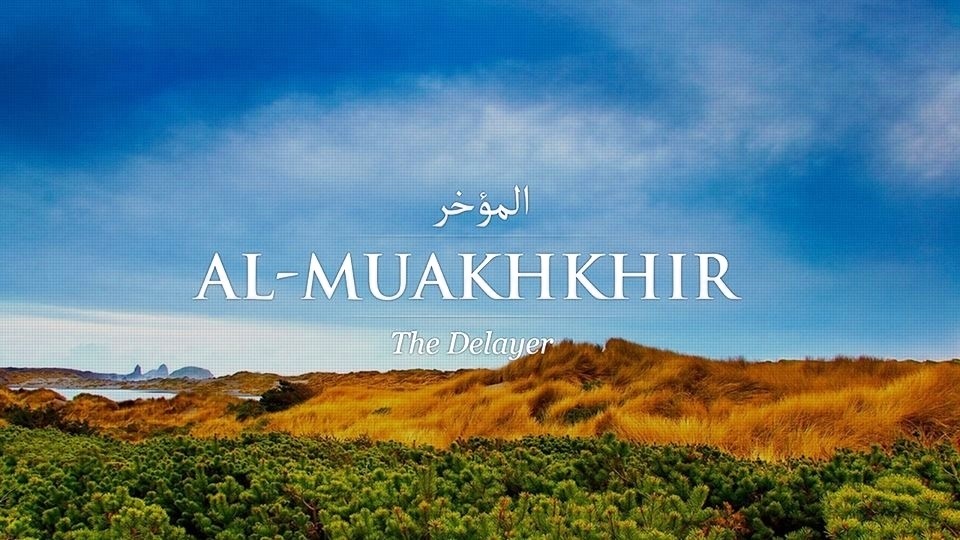 The One who holds back or keeps something back to put it in its proper place.

The One who causes something to lag behind.
From the root a-kh-r which has the following classical Arabic connotations:

to cause to go back, backwards, retreat, recede
to retire, to drive back
to put behind or after
to cause to remain behind, hang back, lag behind
to postpone, put off, delay, retard

The name Mu'akhkhir is not specifically used as a Beautiful Name in the Qur'ân.

The name al-âkhir (last) also comes from this same a-kh-r root, and is the opposite of awwal (first).

The name Mu'akhkhir (delayer) is the opposite of Muqaddim (promoter).