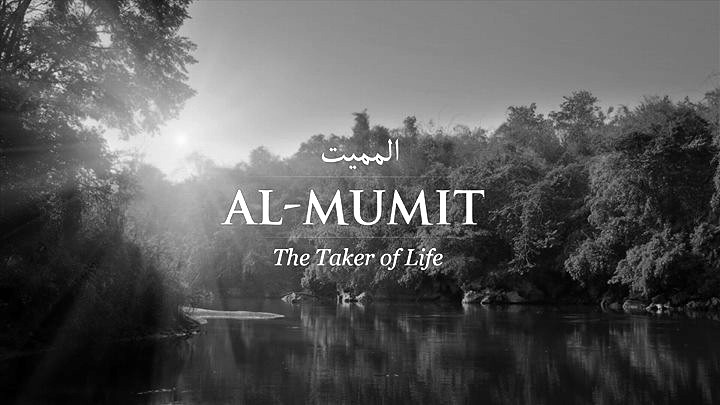 ALLAH: Al-Mummit - The Creator of Death,  The Slayer,  The Life-Taker

The One who created the inanimate world, to which all living forms return.

The One who ordains what shall become lifeless.

The One who creates the appearance of death, physically or spiritually.
From the root m-w-t which has the following classical Arabic connotations:

to die, pass away, burn out, be lifeless
to be quiet, still, calm
to be inanimate
to be deprived of sensation
to be spiritually dead, lacking spiritual life

The name Mumît is not specifically used as a Beautiful Name in the Qur'ân.

The esoteric meaning of this name is well summarized by the Sufi saying that one should strive to "die before you die".  In such a light, al-Mumît is the One who has the power to kill lusts and attachments, the One who can slay the sense of separateness, the One who can quiet the ego.