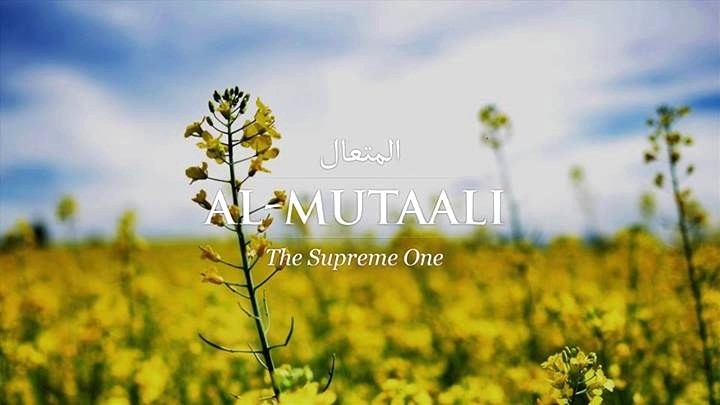 High exalted be Allah , the King, the Real! Do not rush ahead with the Qur'an before its revelation to you is complete, and say: “My Lord, increase me in knowledge.” (Surah Ta Ha, 20:114)

Some people, despite the countless signs surrounding them, fail to appreciate Allah's greatness. Despite their helplessness, they grow arrogant and never think about our Creator, because they follow the urgings of their lower self, which encourages them to indulge in evil. Yet the faithful, aware of their helplessness before Allah's greatness, understand that they have no real power whatsoever. Allah calls attention to creation's helplessness and His greatness in the following example:

O mankind! An example has been made, so listen carefully. Those whom you call upon besides Allah cannot even create a single fly, even if they were to join together to do it. And if a fly steals something from them, they cannot get it back. How feeble are both the seeker and the sought! They do not measure Allah with His true measure. Allah is All-Strong, Almighty.
( Surat al-Hajj, 22:73-74)

Even though every corner of the universe manifests Allah's greatness, this vast manifestation is not sufficient to explain His infinite power and greatness. Allah is exalted above any partnership, defects, and limits. He is the sole Owner of all beautiful names and superior attributes. His knowledge, wisdom, might, power, mercy, compassion, and generosity is infinite.

The word “infinite” is a concept over which one has to think a lot in order to grasp Allah's greatness. After death, Allah will create people anew and make them start a new life either in Paradise or in Hell as a repayment for what they did in this world. Here, we are talking about infinity — not about a hundred years, a hundred thousand years, millions or even billions of years. That is, even if there were hundreds of trillions of people destined to live for a trillion years, they still would be unable to determine the exact limit of infinity.

However, Allah has such a vast knowledge that everything we consider “infinite” is within His knowledge. From the moment that time was created until eternity, Allah determines every event, thought, and moment of time, as the Qur'an proclaims:

We have created all things in due measure. Our command is only one word, like the blinking of an eye. We destroyed those of your kind in the past. But is there any rememberer there? Everything they did is in the Books. Everything is recorded, large or small. ( Surat al-Qamar, 54:49-53)

Then when He granted them a healthy, upright child, they associated what He had given them with Him. But Allah is far above what they associate with Him! ( Surat al-A‘raf, 7:190)

He Who guides you in the darkness of land and sea and sends out the winds bringing advance news of His mercy. Is there another deity besides Allah? May Allah be exalted above what they associate with Him! ( Surat an-Naml, 27:63)

Allah created you, then provides for you, then will cause you to die, and then will bring you back to life. Can any of your partner-deities do any of that? Glory be to Him, and may He be exalted above anything they associate with Him! ( Surat ar-Rum, 30:40)