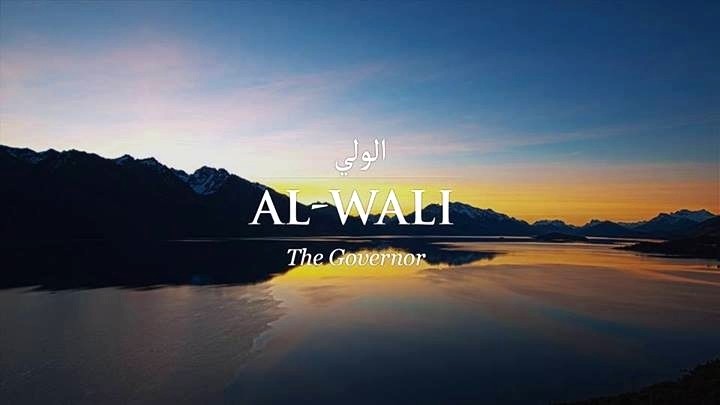 The Protecting Friend,  The Loving Defender,  The Nearby Guardian

“And He it is Who sends the rain after they have despaired, and spreads His Mercy. And He is the Wali (Protector and Supporter), Worthy of all Praise.” (Surah ash-Shura [42]:28)

“When two parties from among you were about to lose heart, but Allah was their Wali (Protector and Supporter). And in Allah let the believers put their trust.” (Surah Al ‘Imran [3]:122)

Indeed, Allah is the only One Who we can truly rely on. He is the One who answers our sincere call, and rewards us without expecting anything in return. He purifies all those who place their trust in Him, and showers them with blessings both in this life, and the next. Allah is al-Wali, the sole Protector and Supporter of believers both in this world and more importantly, the Hereafter.

“Allah is the Wali (Protector and Supporter) of those who believe. He brings them out from darkness into light. But as for those who disbelieve, their Auliya (supporters and helpers) are Taghut [false deities and false leaders], they bring them out from light into darkness. Those are the dwellers of the Fire, and they will abide therein forever.” (Surah al-Baqarah [2]:257)

Verily, we are forever in need of His protection and support, so let’s turn to Him and ask Him by His Beautiful Name, al-Wali and ask Him for His Protection and Support both in this world and the next.