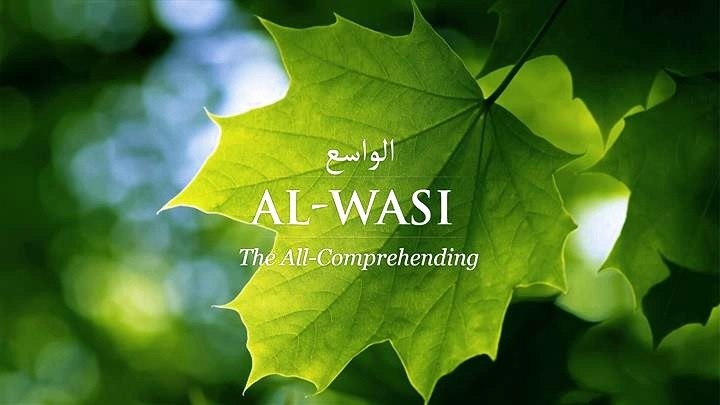 ALLAH: Al-Wasi‘ - The All-Embracing; The Boundless

O You who believe! If any of you renounce your religion, Allah will bring forward a people whom He loves and who love Him, humble to the believers, fierce to the unbelievers, who strive in the Way of Allah and do not fear the blame of any censurer. That is the unbounded favor of Allah, which He gives to whoever He wills. Allah is Boundless, All-Knowing. ( Surat al-Ma'ida, 5:54)

Allah encompasses all universes. As the Creator of everything Who is not bound by place, He is above all places. In many societies, people commonly believe that Allah resides in the heavens. Thus, while calling upon him, they turn their faces to the heavens. The fact is, however, that “Both East and West belong to Allah, so wherever you turn, the Face of Allah is there. Allah is All-Encompassing, All-Knowing.” ( Surat al-Baqara, 2:115)

Allah informs us that He is the Lord of the heavens and Earth. Given this, He clearly settled Himself everywhere and owns everything that exists. His blessings never end, His mercy is boundless, His forgiveness is vast, and His mercy and compassion are infinite. Allah's attribute of al-Wasi manifests itself especially on believers. As His mercy and compassion are vast, He encompasses His faithful servants with His mercy and protects them. For instance, some unbelievers seek to harm religion by imposing hardships, such as by saying, “... Do not spend on those who are with the Messenger of Allah, so that they may go away...” ( Surat al-Munafiqun, 63:7). But all of these efforts are futile, for Allah gives His unbounded mercy and wealth to whomever He wills, for He owns the treasures of the heavens and Earth. One verse mentions that He is All-Encompassing:

[A group of the People of the Book say,] “Do not trust anyone, except for those who follow your religion.” Say: “Allah's guidance is true guidance. But you think it is impossible for anyone to be given the same as you were given, or to argue with you before your Lord.” Say: “All favor is in Allah's Hand, and He gives it to whoever He wills. Allah is All-Encompassing, All-Knowing.” (Surah Al ‘Imran, 3:73)