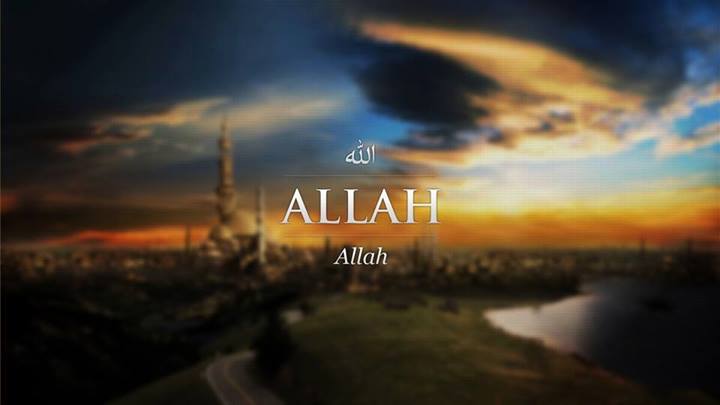 AR-RAHMAN AR-RAHEEM - The Most Gracious, the Most Merciful

He is Allah—there is no deity but Him. He is the Knower of the Unseen and the Visible. He is the All-Merciful, the Most Merciful. ( Surat al-Hashr, 59:22)

Allah, the Most Gracious, manifests His infinite mercy and favor upon whatever He wills. We can survive only through this influx of visible and invisible blessings, all of which are submissive to Allah.

Allah encompasses His creation every day through His blessings. He causes millions of seeds to sprout, covers the earth's core with a temperature of 4,500° Celsius (8,132° Fahrenheit) with this fertile earth, pours down tons of clear water upon Earth's surface, simultaneously feeds countless living beings all over the world, creates the oxygen that circulates in our lungs, and sends countless other blessings that give life.

Allah creates every one of the 100 trillion cells that make up the human body and then teaches every one of them their individual tasks; places DNA, which comprises information that would fill a million pages, in the cell; makes this system operate through protein, fat, and water molecules that He puts in a cube far smaller than 1 millimeter ( 0.03 inch ); and gives each person a soul and keeps them alive until He wills otherwise.

From their birth to their death, each person receives and lives with Allah's blessings. Some see these blessings, grasp the purpose of their existence, and thereby devote themselves to Allah. Others do not, and so remain ungrateful and reject serving Him. Despite this, however, Allah manifests His graciousness upon all people, regardless of whether they are unbelievers, hypocrites, or polytheists. For example, He provides all people with air to breathe, water to drink, houses to live in, children, health, beauty, and many other blessings. This manifests His name “the Most Gracious.”

“Allah is more merciful to His servants than a mother is to her child.”
(Sahih Bukhari and Sahih Muslim)

In this life, Allah also grants blessings so that people may turn to religion, think, use their intellect, and thank Him. Those who turn away have only a short time, as short as the blink of an eye, to take advantage of these blessings. In the Hereafter, however, all blessings belong to believers who strove to draw near to Allah and earn His good pleasure while in this arena of testing. They give thanks to our Lord, for Allah is the Most Gracious and gives the good news of Paradise only to His faithful servants.

Gardens of Eden , which the All-Merciful has promised to His servants in the Unseen. His promise is always kept. (Surah Maryam, 19:61)

The All-Compassionate, the Most Merciful. ( Surat al-Fatiha, 1:2)

Say: “Call upon Allah or call on the All-Merciful; whichever you call upon, the Most Beautiful Names are His.” Do not be too loud in your prayer or too quiet in it, but try to find a way between the two. ( Surat al-Isra', 17:110)

On that day they will follow the summoner, who has no crookedness in him at all. Voices will be humbled before the All-Merciful, and nothing but a whisper will be heard. (Surah Ta Ha, 20:108)

Say: “Lord, judge with truth! Our Lord is the All-Merciful, the One Whose help is sought in the face of what you describe.” ( Surat al-Anbiya', 21:112)

On the Day when the Spirit and the angels stand in ranks, no one will speak, except for him who is authorized by the All-Merciful and says what is right. ( Surat an-Naba, 78:38)