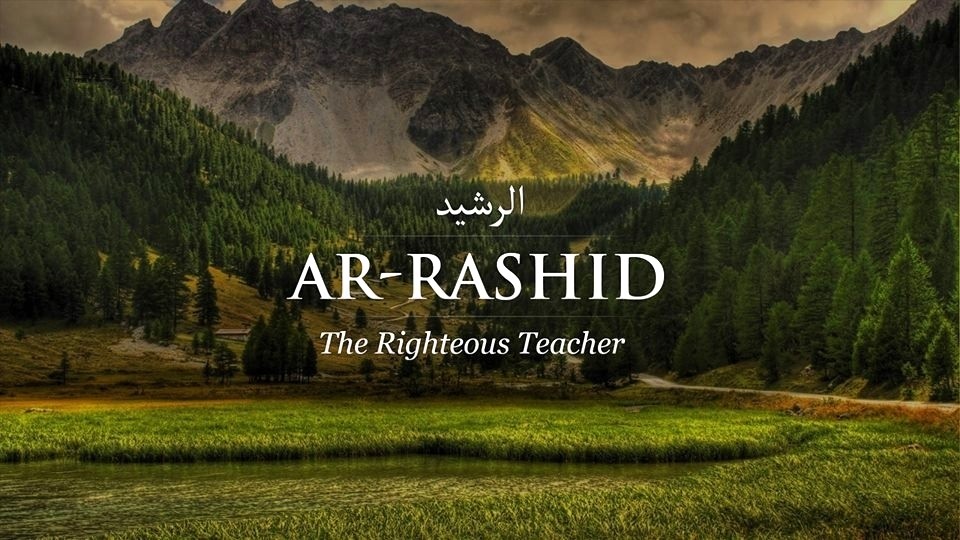 ALLAH: Ar-Rashid, The Director to the Right Way, The Appointer of the Right Path,  The Unerring Director

The One who perfectly and righteously directs all matters toward their proper conclusion. The One who needs no aid to direct all affairs rightly.

From the root r-sh-d which has the following classical Arabic connotations:

The name Rashîd is not specifically used as a Beautiful Name in the Qur'ân.

The One who is the Director to the right way, and the One whose regulations are conducted to the attainment of their ultimate objects in the right way, without anyone's aiding in directing their course aright.

Rashîd refers primarily to being directed to, or set upon, the appointed right path with supreme certainty of the intended outcome, while Hâdî refers primarily to the continuing guidance, leadership and direction that is kindly provided to reach the path and also along the path until the goal is achieved.

The word murshid, meaning a director to the right path, is also derived from this same r-sh-d root.

(Also written as al-rashid, al-rasheed, Director to the Right Path: ya rashid, ya rasheed)