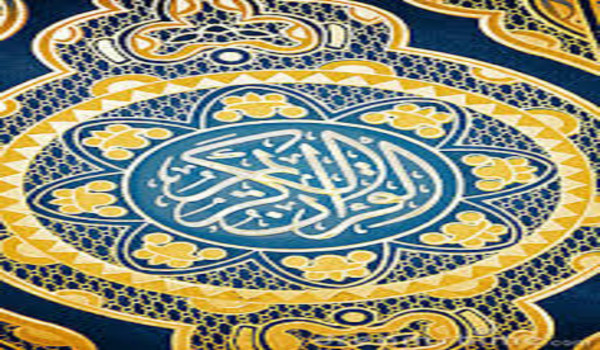 When ALLAH sent Prophets to the various nations He often allowed them to perform miracles that were relevant to their particular time and place.

Muslims believe the Quran to be ALLAH'S final revelation. They believe it is the literal word of ALLAH, revealed over many years, to His final Prophet, Muhammad (peace be upon him).

The Quran is full of wisdom. It is full of the wonder and glory of ALLAH, and a testament to His mercy and justice. It is not a history book, a storybook, or a scientific textbook, although it contains all of those genres.

The Quran is ALLAH'S greatest gift to humanity – it is a book like no other. In the second verse of the second chapter of the Quran, ALLAH describes the Quran by calling it a book whereof there is no doubt, a guidance to those who are pious, righteous, and fear ALLAH. (2:2)

The Quran is core to Islam. Believing in it is a requirement. One who does not believe in the Quran, in its entirety, cannot claim to be a Muslim. (2:285)

Islam has two primary sources, the Quran, and the authentic Traditions of Prophet Muhammad, that explain and sometimes expand on that of the Quran.

{And We have not sent down the Book (the Quran) to you (O Muhammad), except that you may explain clearly unto them those things in which they differ, and (as) a guidance and a mercy for a folk who believe.} (16:64)

The Quran was delivered to Prophet Muhammad by the Angel Gabriel and revealed in stages over a period of 23 years.

{And (it is) a Quran which We have divided into parts, in order that you might recite it to men at intervals. And We have revealed it by stages.} (17:106)

Prophet Muhammad was commanded by ALLAH to convey the Quran to all of humankind and the responsibility weighed heavily upon him. Even in his farewell address he called on the people present to bear witness that he had delivered the message.

The Quran explains the concept of ALLAH, it explains in detail what is permissible and what is forbidden, it explains the basics of good manners and morals, and gives rulings about worship. It tells stories about the Prophets and our righteous predecessors, and describes Paradise and Hell. The Quran was revealed for all of humankind.

The book in which the Quran (the words of ALLAH) are contained in is called a mus-haf. The Quran is considered so unique in content and style that it cannot be translated; therefore, any translation is considered an interpretation of the meanings of the Quran.

When ALLAH sent Prophets to the various nations He often allowed them to perform miracles that were relevant to their particular time and place. In the time of Moses, magic and sorcery were prevalent therefore Moses’ miracles appealed to the people he was sent to guide. In the time of Muhammad, the Arabs, although predominantly illiterate, were masters of the spoken word. Their poetry and prose were considered outstanding and a model of literary excellence.

When Prophet Muhammad recited the Quran – the words of ALLAH – the Arabs were moved tremendously by its sublime tone and extraordinary beauty. The Quran was Prophet Muhammad’s miracle from ALLAH.

Muhammad was unable to read or write therefore the Arabs knew that he was unlikely to have produced such eloquent words, but even so some refused to believe that the Quran was the word of ALLAH. ALLAH therefore challenged them, in the Quran, to produce a rival text.

{And if you (Arab pagans, Jews, and Christians) are in doubt concerning that which We have sent down (i.e. the Quran) to Our slave (Muhammad), then produce a chapter of the like thereof and call your witnesses (supporters and helpers) besides ALLAH, if you are truthful.} (2:23)

Of course they were unable to do so. In contrast to those who questioned the origin of the Quran, many Arabs converted to Islam after hearing the recitation. They knew immediately that such sublime beauty could originate only from ALLAH. Even today it is possible to see Muslims moved to tears while listening to or reciting the Quran. In fact some people, unable to understand even one word of the Arabic language are moved by the intrinsic beauty of the Quran.

After establishing that Quran is the word of ALLAH and that it is a recitation, it is also important to understand that Quran has remained unchanged for more than 1400 years. Today when a Muslim in Egypt holds his mus-haf in his hands and begins to recite you can be sure that in far away Fiji another Muslim is looking at and reciting the exact same words. There are no differences. The child in France holding his firstmus-haf is tentatively reciting the same words that flowed from the lips of Prophet Muhammad.

ALLAH assures us in Quran that He will surely protect His words. He says:

This means that ALLAH will guard against anything false being added or any part of it being taken away. It is protected from tampering and if anyone attempts to distort the meanings of Quran, ALLAH will guide someone to expose the deception.

Muslims believe that the previous revelations from ALLAH, including the Torah and the Gospels of Jesus were either lost in antiquity, or changed and distorted, so it is a source of comfort to them knowing that ALLAH'S words – the Quran – are now well guarded.

ALLAH sent down the Quran, from above the heavens, to the Angel Gabriel in the glorious month of Ramadan.

The story of how this recitation was revealed and how Quran came to be available worldwide, with an interpretation of the meanings translated into over 100 languages, will be covered in Part 2.

{And thus, We have sent to you O Muhammad a revelation, and a mercy of Our Command.

You knew not what the Book is, nor what is Faith. But We have made it (this Quran) a light wherewith We guide whosoever of Our slaves We will.

And verily, you O Muhammad are indeed guiding (humankind) to the Straight Path.} (42:52)

Prophet Muhammad (peace be upon him), the final Messenger from God, received the Quran in two stages.

On the night known as the ‘Night of Decree’, in the Islamic month of Ramadan, the Quran descended, from the Preserved Tablet to the Lowest Heaven. It then descended from the heavens to the earth in small stages.

The revelation was delivered to Prophet Muhammad through the Angel Gabriel. When Prophet Muhammad was around forty years of age he started to spend time in deep reflection. According to his beloved wife Aisha:

“The love of seclusion was bestowed upon him via vivid good dreams” (Al-Bukhari, 3)
He would go to the cave known as Hira to worship the One God and contemplate life, the universe, and his place in the world.

One night during Ramadan an angel came to him and asked him to read. The Prophet, who was unable to read or write, replied 'I do not know how to read'. The angel then held him forcibly and pressed his chest so hard that he could not bear the pressure. The angel then released Muhammad and asked him once more to read. Again he replied

The angel held him forcibly three times and Muhammad responded each time that he did not know how to read (or asked what shall I read). The angel then related to him the first words of Quran.

{Read! In the Name of your Lord, Who has created (all that exists). He has created man from a clot (a piece of thick coagulated blood). Read! And your Lord is the Most Generous, Who has taught by the pen, He has taught man that which he knew not.} (96:1-5)

After this first revelation, which Muhammad found frightening; he was not visited by the angel Gabriel again for an undetermined amount of time. The next time he encountered him (the angel) he was walking alone. Prophet Muhammad heard a voice from the heavens. When he looked up he saw the angel sitting on a chair between the sky and the earth. Muhammad was afraid and ran home seeking comfort and asking to be wrapped in blankets. The second revelation occurred at this time.

As the words of Quran were revealed to Prophet Muhammad he began to commit them to memory.

Aisha, the wife of the Prophet, narrates that when asked about how the divine inspiration was revealed Prophet Muhammad replied:

“Sometimes it is like the ringing of a bell, this form of inspiration is the hardest of all and then this state passes after I have grasped what is inspired. Sometimes the Angel comes in the form of a man and talks to me and I grasp whatever he says.” (Al-Bukhari, 2)

As the words of Quran were revealed to Prophet Muhammad he began to commit them to memory.

Memorization was considered important and was widely practiced even in the early years of Islam. Prophet Muhammad requested that his companions memorize Quran and used various measures to assure that the revelation was preserved in their memories.

According to Ibn Ishaq, compiler of one of the first biographies of Prophet Muhammad, Abdullah ibn Mas’ud was the first man, after Muhammad, to recite the Quran publicly and on this occasion was severely beaten. Prophet Muhammad’s closest companion Abu Bakr was also known to recite Quran outside his home in Makkah.

Trustworthy and knowledgeable people memorized and wrote down the words of Quran.
Quran was memorized by the companions during Prophet Muhammad’s lifetime and this tradition has continued through the following generations. Even today Muslims unable to read Arabic memorize the exact same words that were memorized by the Arabs of the 7th. century CE. The majority of the Arabs were unlettered, including Prophet Muhammad; however the importance of the written word was well understood.

Preserving the divine revelation was paramount; therefore trustworthy and knowledgeable people memorized and wrote down the words of Quran. These included the four men destined to follow Muhammad as leaders of the Muslim nation and a man named Zaid ibn Thabit, who would be instrumental in the preservation of Quran for the many generations to follow.

Writing materials were difficult to obtain and in these very early days portions of Quran were written onto animal skins, thin light colored stones, bones, and even bars. The companions would write down the words of revelation and Prophet Muhammad would listen to the men recite from the written word to make sure there were no mistakes. It could be said that the Quran was written down under the direct supervision of Prophet Muhammad.

The Quran was not revealed in order, however the Angel Gabriel instructed Prophet Muhammad on how to compile the Quran in the divinely inspired correct sequence.