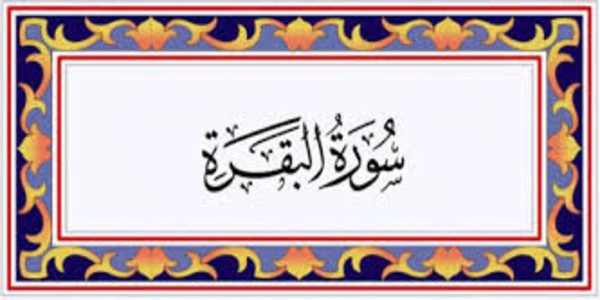 The Blessings of Last Two Verses of Surah Al-Baqarah

The last verses of Surah Al-Baqarah are one of the most memorized and recited Quranic verses among Muslims and that is for a good reason. Consider the saying of the prophet (s.a.w.) about the last verses of the Surah.

“Whoever recites the last two verses of Surat al-Baqarah at night, it will suffice him’” (According to Abu Masood al-Ansaari and narrated by al-Bukhaari, 4723; Muslim, 807).

“Allah inscribed a book two thousand years before He created the heavens and the earth, from which the last two verses of Surat al-Baqarah were revealed. If they are recited for three nights, no Shaytan (devil) will remain in the house) (narrated by al-Tirmidhi, 2882).This hadeeth was classed as saheeh by al-Albaani in Saheeh al-Jaami’ (1799).

285. The Messenger (Muhammad) believes in what has been sent down to him from his Lord, and (so do) the believers. Each one believes in Allah, His Angels, His Books, and His Messengers. (They say), “We make no distinction between one another of His Messengers” – and they say, “We hear, and we obey. (We seek) Your Forgiveness, our Lord, and to You is the return (of all).”

286. Allah burdens not a person beyond his scope. He gets reward for that (good) which he has earned, and he is punished for that (evil) which he has earned. “Our Lord! Punish us not if we forget or fall into error, our Lord! Lay not on us a burden like that which You did lay on those before us (Jews and Christians); our Lord! Put not on us a burden greater than we have strength to bear. Pardon us and grant us Forgiveness. Have mercy on us. You are our Maula (Patron, Supporter and Protector, etc.) and give us victory over the disbelieving people.” Quran, Surah Al-Baqarah (185:186)