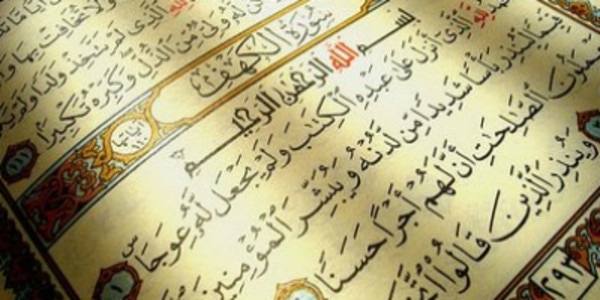 Quran is the book of guidance for a Muslims life. This article is a collection of Quranic verses, Ahadeeth (Prophet’s Saying) and sayings of the salaf (pious people that followed the prophet) on the majesty of Quran, the great virtues for reading and following it.
wave-live1

To begin with, there are many verses in Quran itself that underscore the majesty of Allah’s verses and the Quran itself. See the following:

quran surah al-israa verse 88
Quran – Surah Al-Israa Verse 88
Say: ‘If the mankind and the jinn were together to produce the like of this Quran, they could not produce the like thereof, even if they helped one another’” [Quran Al-Israa’ 17:88]

Allah says in another verse:

Quran - Surah Al-Hashr - Verse 21
Quran – Surah Al-Hashr – Verse 21
Had We sent down this Quran on a mountain, you would surely have seen it humbling itself and rending asunder by the fear of Allah. Such are the parables which We put forward to mankind that they may reflect. [Quran Al-Hashr 59:21]2

“This is the Book (the Quran), whereof there is no doubt, a guidance to those who are Al-Muttaqoon [the pious] [Quran Al-Baqarah 2:2]

2. The Rewards of Reciting Quran in Qiyaam Al-Layl (Night prayers before Fajr)

As is stated in the hadeeth narrated by ‘Abd-Allah ibn ‘Amr ibn al-‘Aas (may Allah be pleased with them both), in which the Prophet Muhammad (peace and blessings of Allah be upon him) said:

Allah says (interpretation of the meaning):

The month of Ramadan in which was revealed the Quran, a guidance for mankind and clear proofs for the guidance and the criterion (between right and wrong) [Quran al-Baqarah 2:185]
Jibreel used to come to the Prophet (peace and blessings of Allah be upon him) every night in Ramadaan, and study the Quran with him. Narrated by al-Bukhaari, 5; Muslim, 4268.

Hence the salaf used to read Quran a great deal during Ramadan, following the example of the Prophet (peace and blessings of Allah be upon him). Qataadah (may Allah have mercy on him) used to complete the Quran every seven nights all the time, and every three nights in Ramadaan, and every two nights during the last ten days of Ramadaan.

Ibraaheem al-Nakha’i used to complete the Quran in Ramadaan every three nights, and in the last ten days every two nights.

The rewards of reciting the Quran are many. An authentic hadith in At-Tirmithee states:

Verily the one who recites the Qur’an beautifully, smoothly, and precisely, he will be in the company of the noble and obedient angels. And as for the one who recites with difficulty, stammering or stumbling through its verses, then he will have TWICE that reward.” [Al-Bukhari and Muslim]
This hadith proves that people who are not well versed in the Arabic languge or have other difficulties in reciting the Quran, get even a higher reward for reciting the Quran in Arabic for their extra effort.

5. Quran as intercessor in the day of judgment

“The Qur’an is an intercessor, something given permission to intercede, and it is rightfully believed in. Whoever puts it in front of him, it will lead him to Paradise; whoever puts it behind him, it will steer him to the Hellfire.” [An authentic hadith found in At-Tabaraanee, on the authority of ‘Abdullaah ibn Mas’ood]”

The following are authentic Ahadeeth regarding the benefits of certain Soorahs.

It was narrated from Abu Hurayrah that the Prophet (peace and blessings of Allah be upon him) said:

There is a soorah of the Quran containing thirty verses which have interceded for a man until he was forgiven. It is the soorah Tabaarak alladhi bi yadihi’l-mulk. Narrated by al-Tirmidhi, 2891; Ahmad, 7634; Abu Dawood, 1400; Ibn Maajah, 3786. This hadeeth was classed as hasan by al-Tirmidhi and by al-Albaani in Saheeh al-Tirmidhi, 3/6.
Regarding the healing power of The Surah al Fatiha

Although there are authentic Ahadeeth regarding the rewards and benefits of reciting certain Quranic Soorahs, unfortunately there are even more fabricated Ahadeeth that highlight the benefits of other Soorahs. Therefore, not all Ahadeeth highlighting the benefits of reciting all Soorahs are authentic, even though some of those Ahadeeth mention a chain of narrators. Many scholars have proven the weakness of the narration chain of those Ahadeeth. As quoted at islam-qa.com, “Many ahaadeeth were fabricated about the virtues of various soorahs of the Quran. Their fabricators’ intention was to encourage people to read Quran and devote themselves to that, and they claimed that they were doing good thereby. But their intentions were misguided because that is undoubtedly subject to the stern warning contained in the words of the Prophet (peace and blessings of Allah be upon him): “Whoever tells a lie about me deliberately, let him take his place in Hell.” Narrated by al-Bukhaari, 10; Muslim, 4. It makes no difference whether the lie is intended for good or for evil.”

6. A Muslim’s Status is Raised by the Quran

A Musilm’s status is raised by the Quran – the more he recites, follows its commandments and makes Quran part of his or her life, the more Allah will elevate his or her status in this life and hereafter.

Saheeh Muslim mentions a story where some men came to question Umar ibn Al-Khattaab during his khilaafah about the leadership of Makkah, they asked, “Who do you use to govern Makkah?” He said, “Ibn Abzaa.” They asked, “And who is Ibn Abzaa?” Umar replied, “A freed slave from those we freed.” They remarked, “You left a freed slave in charge of the people of the Valley (the noble tribes of the Quraysh)!?!?” So he answered them, “Verily he is a reader of the Book of Allah and is knowledgeable about the obligations of the Muslims. Haven’t you heard the statement of your Messenger: “Verily Allah raises some people by this Book and lowers others by it.”

‘Uthmaan, may Allah be pleased with him, said that the Prophet (sallAllahu ‘alaihi wa sallam) said:

The best of you are the ones who learn the Qur’an and teach it to others” [Al-Bukhari]
Narrated Aisha: The Prophet said,

Such a person who recites the Quran and masters it by heart, will be with the noble righteous scribes (in Heaven). And such a person exerts himself to learn the Quran by heart, and recites it with great difficulty, will have a double reward.” (book #60, Hadith #459)

7. Healing Power of The Quran

Quran - Verse 82, Surah Al-israa
Quran – Verse 82, Surah Al-Israa
And We send down of the Quran that which is a healing and a mercy to those who believe (in Islamic Monotheism and act on it), and it increases the Zaalimoon (polytheists and wrongdoers) nothing but loss” [Quran Al-Isra’ 17:82]
Ibn al-Qayyim (may Allah have mercy on him) said:

We and others have tried this on many occasions and we have seen that it works in ways that physical remedies do not. Indeed we now regard physical medicine as the doctors regard folk medicine. This is in accordance with the law of divine wisdom, not contrary to it, but the causes of healing are many and varied. When the heart is in contact with the Lord of the Worlds, the Creator of the disease and the remedy, the Controller of nature Who directs it as He wills, he has other remedies apart from the remedies that are sought by the heart that is far away from Him and that turns away from Him. It is known that when a person’s spirits are high and his body is in good shape, they cooperate in warding off disease and suppressing it, so if a person is in high spirits and physical good shape, finds comfort in being close to his Creator, loving Him, enjoying remembrance of Him (dhikr), devoting all his strength and power for His sake and focusing on Him, seeking His help, putting his trust in Him, how can anyone deny that this is the greatest medicine or that this spiritual power gives him the means to ward off pain and defeat it completely? No one would deny this but the most ignorant of people, those who are furthest away from Allah and the most hard-hearted and unaware of human nature.
quran power ibn al-qayyim

It was narrated that ‘Aa’ishah (may Allaah be pleased with her) said:It is well known in the Shareeah regarding the use of Ruqyah for physical and spiritual healing. “Ruqyah” is an incantation or prayer for healing – usually from the Quran or Dua prescribed by Prophet (SAWS). Ruqyah is one of the greatest remedies that the believer should use regularly. The greatest of Ruqyah are Soorah al-Faatihah and al-Mi’wadhatayn ( the last two surahs of the Quran – Surah Al-Falaq and Surah Al-nas). There is nothing wrong with the Muslim reciting ruqyah for himself. That is permissible; indeed it is a good Sunnah, for the Messenger (peace and blessings of Allah be upon him) recited ruqyah for himself, and some of his companions recited ruqyah for themselves. (islam-qa.com)

When the Messenger of Allaah (peace and blessings of Allaah be upon him) was ill, he would recite al-Mi’wadhatayn over himself and spit drily. When his pain grew intense, I recited over him and wiped him with his own hand, seeking its barakah (blessing).” Narrated by al-Bukhaari, 4728; Muslim, 2192 (al-Mi’wadhatayn are the last two surahs of the Quran – Surah Al-Falaq and Surah Al-nas)

8. Virtues of reciting the Quran

Ibn al-Qayyim summed fifteen ways through which Allah may dispel worries and regret. In describing one of the ways, he mentions (ref: http://www.islam-qa.com/en/ref/22704/healing)

Letting one’s heart wander in the garden of the Quran, seeking consolation in it from every calamity, seeking healing in it from all diseases of the heart, so that it will bring comfort to his grief and healing for his worries and distress.

One of the means of treating them is mentioned in the saheeh hadeeth from Ibn Mas’ood (may Allah be pleased with him):

There is no-one who is afflicted by distress and grief, and says: (O Allah, I am Your slave, son of Your slave, son of Your maidservant; my forelock is in Your hand, Your command over me is forever executed and Your decree over me is just. I ask You by every name belonging to You which You have named Yourself with, or revealed in Your Book, or You taught to any of Your creation, or You have preserved in the knowledge of the Unseen with You, that You make the Quran the life of my heart and the light of my breast, and a departure for my sorrow and a release for my anxiety),’ but Allah will take away his distress and grief, and replace it with joy.” This is one of the remedies prescribed in sharee’ah. (The original Dua in Arabic is: ‘Allahumma inni ‘abduka ibn ‘abdika ibn amatija naasyati bi yadika, maada fiyya hukmuka, ‘adlun fiyya qadaa’uka. As’aluka bi kulli ismin huwa laka sammayta bihi nafsaka aw anzaltahu fi kitaabika aw ‘allamtahu ahadan min khalqika aw ista’tharta bihi fi ‘ilm il-ghayb ‘indaka an taj’al al-Qurana rabee’ qalbi wa noor sadri wa jalaa’ huzni wa dhihaab hammi

Allah says (interpretation of the meaning):