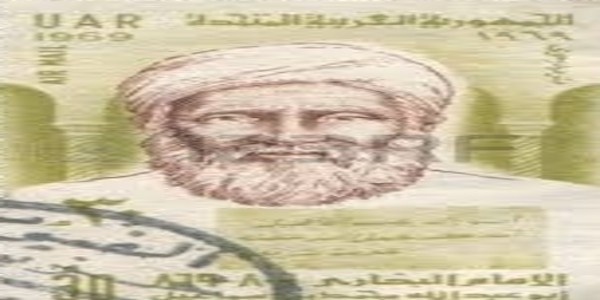 Islam has the unique attribute of preserving the sayings of the Prophet in an ultra-refined science. The Hadith act as the secondary source of guidance for Muslims and are an intrinsic part of our Islamic understanding (Fiqh). Without Hadith, the intrinsic preservation and development of principles (Usuls) to protect the Hadith, Islam would have failed to flourish as it has done over the past 1400 years and instead would have headed into infinte and dark abyss of reformations and “enlightenments” developed by the flawed cognitions of mankind.

To truly grasp the extremely high levels of rigorousness in preserving Hadith, one would have to spend several years traditionally sitting at the feet of the scholars and studying day and night the mountainous science of Hadith.

However for a taster the quote below about incident with the great Muhaddith, the scholar, and the author of the most authentic Hadith collection, Imam Muhammad bin Ismaeel al-Bukhari. A man who developed a yearning to learn Hadith went to the great Imam al-Bukhari (May Allah have mercy on him) and explained to him his intentions. Imam al-Bukhari thus advised:

He then proceeded to explain these four-angled things:

“The four things he has to write are:

[1] (1) the statements and commands of Allah’s Messenger .
[2] (2) the saying of the Companions RA and their relative ranks
[3] (3) the sayings of the Followers RA and their ranks (i.e. who among them are reliable and who are not), and
[4] (4) the conditions of all the narrators who narrate hadiths.

These (four pieces of information) must be written together with the following four things:

[5] (1) the actual names of the narrators
[6] (2) their appelations or titles (kuna)
[7] (3) their places of residence, and
[8] (4) their dates of birth and death (to determine whether the narrator actually met the people he has narrated from).

(These are indispensable to him) just (as four things are necessary with four other things:)

(These things must all be written ) in four times:

(In other words, he must continue acquiring hadiths at all times throughout every stage of his life. They must be written) under four conditions:

(In other words, he must diligently pursue the knowledge of these things no matter what his circumstances maybe. This is done) at four places:

(In other words, he must endeavour to acquire the science from the right teacher, no matter where that teacher is located. He writes what he has acquired) Upon four things:

(In other words, even when he does not find paper he will continue recording it somewhere) until he finds the paper upon which to preserve. (He acquires it from four different types of people:)

(In other words, he endeavours to acquire this science in every way possible without feeling ashamed to obtain it even from his juniors. He has four objectives for doing all these things:)

Thereafter, the aforementioned four things cannot be acquired (unless he has first acquired) four other things part of human acquisition:

together with four other things that are not of human acquisition, but are bestowed by Allah :

Once all of the aforementioned four-angles things are attained by him, then four things will become insignificant before him:

He will then be afflicted with four things:

Once he exercises patience in these calamities, Allah will honour him with four things in this world:

(On top of that,) Allah will honour him with four things in the hereafter:

[61] (1) the honour of intercession on behalf of whomever he pleases,
[62] (2) the shade of the throne of Allah on the day there will be no shade available except of the shade of His throne,
[63] (3) the privilege to provide water to whomsoever he pleases from the pool of Muhammad SAW [al-Kawthar], and
[64] (4) close proximity with the Prophets [Ambiya'] in the Highest of the High Places [a'la 'illiyin].

So now, my son, I have told you whatever I have heard from teachers [masha'ikh]. Now you have the choice to either pursue this field or to abstain from it.”

It is worthy of note that the Ulama state the science of Hadith is even more complex than how Imam -al-Bukhari describes.

May Allah have Mercy upon the scholars who have intricately preserved the blessed sayings of the Prophet and his Companions Radhialla’anhum. May Allah protect us from doubt in our Iman after He has granted us certainty in it. Ameen.