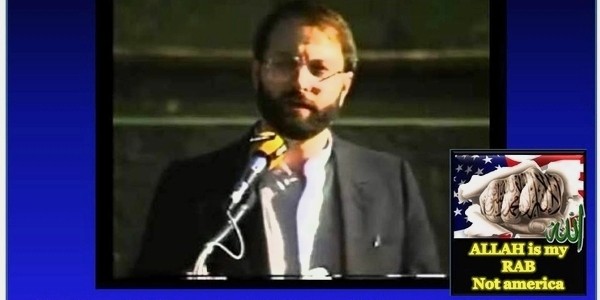 Dr. Gary Miller was a Mathematician and a Christian Missionary, who thought to Guide Muslims towards Christianity on the basis of his knowledge and challenged The Quran ………………..   Read the full story.

Dr. Gary Miller was  was a very active missionary and was very knowledgeable about the Bible. This man likes mathematics so much, that's why he likes logic. One day, he decided to read the Qur'an to try to find any mistakes that he might take advantage of while inviting Muslims to convert to Christianity. He expected the Qur'an to be an old book written 14 centuries ago, a book that talks about the desert and so on. He was amazed from what he found.

He discovered that this Book had what no other book in the world has. He expected to find some stories about the hard time that the Prophet Muhammad (Peace Be Upon Him) had, like the death of his wife Khadijah (may Allah be pleased with her) or the death of his sons and daughters. However, he did not find anything like that. And what made him even more confused is that he found a full "Sura" (chapter) in the Qur'an named "Mary" that contains a lot of respect to Mary (peace be upon her) which is not the case even in the books written by Christians nor in their Bibles. He did not find a Sura named after "Fatimah"(the prophet's daughter) nor "Aishah" (the Prophet's wife), may Allah (God) be pleased with both of them. He also found that the name of Jesus (Peace Be Upon Him) was mentioned in the Qur'an 25 times while the name of "Muhammad" (Peace Be Upon Him) was mentioned only 4 times, so he became more confused. He started reading the Qur'an more thoroughly hoping to find a mistake but he was shocked when he read a great verse which is verse number 82 in Surat Al-Nisa'a (Women) that says:

“Do they not consider the Qur'an (with care)? Had it been from other than Allah, they would surely have found therein much discrepancy”.

Dr Miller says about this verse: “One of the well known scientific principles is the principle of finding mistakes or looking for mistakes in a theory until it’s proved to be right (Falsification Test). What’s amazing is that the Holy Qur'an asks Muslims and non-muslims to try to find mistakes in this book and it tells them that they will never find any”. He also says about this verse: "No writer in the world has the courage to write a book and say that it’s empty of mistakes, but the Qur'an, on the contrary, tells you that it has no mistakes and asks you to try to find one and you won’t find any."

Another verse that Dr Miller reflected on for a long time is the verse number 30 in Surat “Al-Anbiya” (The Prophets):

“Do not the Unbelievers see that the heavens and the earth were joined together (as one unit of Creation), before We clove them asunder? We made from water every living thing. Will they not then believe?"

He says: ”This verse is exactly the subject of the scientific research that won the Noble Prize in 1973 and was about the theory of the “Great Explosion”. According to this theory, the universe was the result of a great explosion that lead to the formation of the universe with its skies and planets.

Dr Miller says: “Now we come to what’s amazing about the Prophet Muhammad (PBUH) and what’s pretended about the devils helping him, God says:

“No evil ones have brought down this (Revelation), it would neither suit them nor would they be able (to produce it). Indeed they have been removed far from even (a chance of) hearing it.” The Holy Qur'an, Chapter 26, Verses 210-212.

“When thou does read the Qur'an, seek Allah's protection from Satan the Rejected One” The Holy Qur'an, Chapter 16, Verse 98.

You see? Can this be the devil’s way to write a book? how can he write a book then tells you to ask God for protection from this devil before reading that book? Those are miraculous verses in this miraculous book! and has a logical answer to those who pretend that it’s from the devil”.

And among the stories that amazed Dr Miller is the story of the Prophet(PBUH) with Abu-Lahab. Dr Miller says: “This man (Abu Lahab) used to hate Islam so much that he would go after the Prophet wherever he goes to humiliate him. If he saw the prophet talking to strangers, he used to wait till he finishes and then ask them: What did Muhammad tell you? If he said it’s white then it’s in reality black and if he said it’s night then it’s day. He meant to falsify all what the prophet says and to make people suspicious about it. And 10 years before the death of Abu Lahab, a Sura was inspired to the prophet, named “Al-Masad”. This sura tells that Abu Lahab will go to hell, in other words, it says that Abu Lahab will not convert to Islam. During 10 years, Abu Lahab could have said: “Muhammad is saying that I will not become a Muslim and that I will go to the hell fire, but I’m telling you now that I want to convert to Islam and become a Muslim. What do you think about Muhammad now? Is he saying the truth or no? Does his inspiration come from God?”. But Abu Lahab did not do that at all although he was disobeying the prophet in all matters, but not in this one. In other words, it was as if the prophet(PBUH) was giving Abu Lahab a chance to prove him wrong! But he did not do that during 10 whole years! he did not convert to Islam and did not even pretend to be a Muslim!! Throughout 10 years, he had the chance to destroy Islam in one minute! But this did not happen because those are not the words of Muhammad (PBUH) but the words of God Who knows what’s hidden and knows that Abu Lahab will not become a Muslim.

“Perish the hands of the Father of Flame (Abu Lahab)! perish he! No profit to him from all his wealth, and all his gains! Burnt soon will he be in a Fire of blazing Flame! His wife shall carry the (crackling) wood; As fuel! A twisted rope of palm-leaf fibre round her (own) neck!” The Holy Qur'an, Chapter 111.

Dr Miller says about a verse that amazed him: One of the miracles in the Qur'an is challenging the future with things that humans cannot predict and to which the “Falsification Test” applies, this test consists of looking for mistakes until the thing that is being tested is proved to be right. For example, let’s see what the Qur'an said about the relation between Muslims and Jews. Qur'an says that Jews are the major enemies for Muslims and this is true until now as the main enemy for Muslims are the Jews.

Dr Miller continues: This is considered a great challenge since the Jews have the chance to ruin Islam simply by treating Muslims in a friendly way for few years and then say: here we are treating you as friends and the Qur'an says that we are your enemies, the Qur'an must be wrong then! But this did not happen during 1400 years!! and it will never happen because those are the words of The One who knows the unseen (God) and not the words of humans.

Dr Miller continues: Can you see how the verse that talks about the enmity between Muslims and Jews constitutes a challenge to the human mind?

“Strongest among men in enmity to the Believers wilt thou find the Jews and Pagans; and nearest among them in love to the Believers wilt thou find those who say, "We are Christians": because amongst these are men devoted to learning and men who have renounced the world, and they are not arrogant. And when they listen to the revelation received by the Messenger, thou wilt see their eyes overflowing with tears, for they recognize the truth: they pray: "Our Lord! We believe; write us down among the witnesses” The Holy Qur'an, Chapter 5, Verses 82-84.

This verse applies to Dr Miller as he was a Christian but when he knew the truth, he believed and converted to Islam and became a herald. May Allah support him.

Dr Miller says about the unique style of the Qur'an that he finds wonderful: No doubt there is something unique and amazing in Qur'an that is not present anywhere else, as the Qur'an gives you a specific information and tells you that you did not know this before. For example:

"This is part of the tidings of the things unseen, which We reveal unto thee (O Prophet!) by inspiration: thou was not with them when they cast lots with arrows, as to which of them should be charged with the care of Maryam: nor was thou with them when they disputed (the point)” The Holy Qur'an, Chapter 3, Verse 44.

“Such are some of the stories of the Unseen, which We have revealed unto thee: before this, neither thou nor thy People knew them. So persevere patiently: for the End is for those who are righteous” The Holy Qur'an, Chapter 11, Verse 49.

“Such is one of the stories of what happened unseen, which We reveal by inspiration unto thee: nor was thou (present) with them when they concerted their plans together in the process of weaving their plots” The Holy Qur'an, Chapter 12, Verse 102.

Dr Miller continues: “No other holy book uses this style, all the other books consist of information that tells you where this information came from. For example, when the Holy Bible talks about the stories of the ancient nations, it tells you that a this King lived in a this place and a that leader fought in that battle, and that a certain person had a number of kids and their names are. But this book (Bible) always tells you that if you want to know more, you can read a certain book since that information came from that book”.

Dr Garry Miller continues: “This is in contrary to the Qur'an which gives you the information and tells you that it’s new!! And what’s amazing is that the people of Mecca at that time (time of inspiration of those verses) used to hear those verses and the challenge that the information in those verses was new and was not known by Muhammad (PBUH) nor by his people at that time, and despite that, they never said: We know this and it is not new, and they did not say: We know where Muhammad came from with those verses. This never happened, but what happened is that nobody dared to say that he was lying to them because those was really new information, not coming from the human mind but from Allah who knows the unseen in the past, the present and the future”.