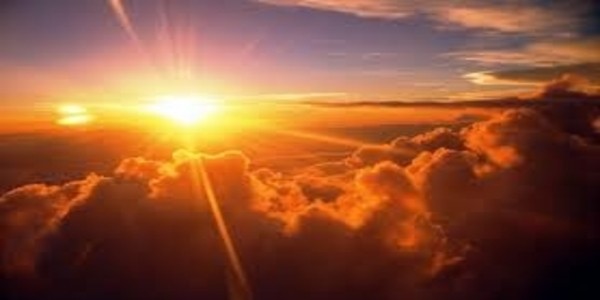 ALLAH’S Plan for The Mankind – ISLAM

ALLAH Informed mankind about the need for ALLAH’S Guidance
“ALL MANKIND were once one single community; [then they began to differ -] whereupon God raised up the prophets as heralds of glad tidings and as warners, and through them bestowed revelation from on high, setting forth the truth” [Quran - 2:213 - Asad]

ALLAH Informed mankind about His Revelations to His Messengers
“Then (after every Messenger), We have made those of Our servants whom We chose heirs to the Book (to preserve and teach it, and secure its practice in daily life)” [Quran – 35:32 - Ali Unal]

ALLAH Informed mankind HE Was The LORD
“I am the LORD; that is my name! I will not give my glory to anyone else, nor share my praise with carved idols.” [Isaiah – 42:11 – NLT]

ALLAH Informed mankind about things to come
“Behold, the former things have happened, and I declare new things. I tell you about them before they come up." [Isaiah – 42:9 – WEB]

ALLAH Informed mankind about the continuation of The Message
"And, indeed, [to the same end] We sent forth Noah and Abraham [as Our message-bearers], and established prophethood and revelation among their descendants; and some of them were on the right way, but many were iniquitous." [Quran - 57:26 - Asad]

ALLAH Informed Abraham about Countless Descendants for him
“He took Abram outside and said, "Now look up at the sky and count the stars, if you are able to count them." He also said to him, "That's how many descendants you will have!"
[Genesis - 15:5 - GWT]

ALLAH'S Messenger assured Hagar of Countless Descendants for her
“The Messenger of the LORD also said to her, "I will give you many descendants. No one will be able to count them because there will be so many." [Genesis - 16:10 - GWT]

ALLAH, The Exalted, Has Informed mankind Thus:
"And, indeed, [to the same end] We sent forth Noah and Abraham [as Our message-bearers], and established prophethood and revelation among their descendants; and some of them were on the right way, but many were iniquitous." [Quran - 57:26 - Asad]

"And We bestowed upon him Isaac and Jacob; and We guided each of them as We had guided Noah aforetime. And out of his offspring, [We bestowed prophethood upon] David, and Solomon, and Job, and Joseph, and Moses, and Aaron: for thus do We reward the doers of good;"
[Quran - 6:84 - Asad]

"And We gave Musa the Book and made it a guidance to the children of Israel, saying: Do not take a protector besides Me;" [Quran - 17:2 - Shakir]

"And, certainly, We gave Moses and Aaron the Criterion between right and wrong and an illumination and a Remembrance for the ones who are Godfearing," [Quran - 21:48 - Bakhtiar]

"And We gave Moses the Scripture, therefore (Prophet!) have no doubt about receiving a similar perfect Book (yourself). And We made that (Torah a source of) guidance for the Children of Israel." [32:23 - Amatul Rahman Omar]

DAWN OF ISLAM from The East to The West
“For as the lightning flashes in the east and shines to the west, so it will be when the Son of Man comes.” [Mathew - 24:27 – NLT]