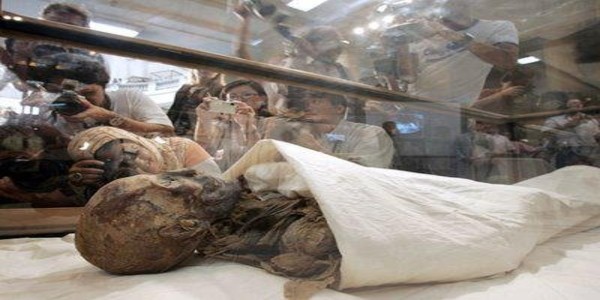 
IMPORTANCE OF HUMILITY IN ISLAM

[2] Has the time not come yet?
"Has the time not yet come for those who believe that their hearts should be humble for the remembrance of Allah and for the truth that has descended (through revelation)? They must not be like those to whom the Book was given before, but a long period passed on them (in which they did not repent), therefore their hearts became hard, and (thus) many of them are sinners." [57:16 - Yusuf Ali]

"Successful indeed are the believers. Who are humble in their prayers"
[23:1-2 - Pickthall]

Muslims constantly strive to remember and practice Islamic virtues, and put them into practice throughout their daily lives. Among these great Islamic virtues are submission to Allah, self-restraint, discipline, sacrifice, patience, brotherhood, generosity, and humility.

In English, the word "humility" comes from the Latin root word which means "ground." Humility, or being humble, means that one is modest, submissive and respectful, not proud and arrogant. You lower yourself to the ground, not elevate yourself above others. In prayer, Muslims prostrate themselves to the ground, acknowledging human beings' lowliness and humility before the Lord of the Worlds.

In general, humility is the quality of being modest and respectful, to all, at all times. Humility, in Islam, is widely considered a virtue. Being humble and having humility is opposite of being arrogant and having arrogance (kibr). Humility leads one to the pleasure of Allah and it causes one to enter into the paradise, whereas arrogance leads to the displeasure of Allah and it leads one to the Hellfire. [1]

[3] "You should not be grieved by what they say. All glory is wholly for God: He is the one who hears and knows everything." [10:65 - Daryabadi]

[4] "Yea, to those who take for friends unbelievers rather than believers: is it honour they seek among them? Nay,- all honour is with Allah." [4:139 - Yusuf Ali]

[6] "That ye (mankind) may believe in Allah and His messenger, and may honour Him, and may revere Him, and may glorify Him at early dawn and at the close of day." [48:9 - Pickthall]

[3] " Behold! the angels said: "O Mary! Allah giveth thee glad tidings of a Word from Him: his name will be Christ Jesus, the son of Mary, held in honour in this world and the Hereafter and of (the company of) those nearest to Allah;" [3:45 - Yusuf Ali]

[4] " Whoever seeks honour [should know that] honour entirely belongs to Allah. To Him ascends the good word, and He elevates righteous conduct; as for those who devise evil schemes, there is a severe punishment for them, and their plotting shall come to naught." [35: - Ali Quli Qara'i]

[1] Humble yourselves
"And [thus it is:] unto every community [that has ever believed in Us] have We appointed [sacrifice as] an act of worship, so that they might extol the name of God over whatever heads of cattle He may have provided for them [to this end]. And (always bear in mind:) your God is the One and Only God: hence, surrender yourselves unto Him. And give thou the glad tiding [of God’s acceptance] unto all who are humble" [22:34 - Asad]

[2] Honour Belongs To ALLAH - Hypocrites unaware
"[and] they say, Indeed, when we return to Madinah, [we] the ones most worthy of honour, will surely drive out from there the contemptible ones! [referring to poor Muslims]. However, all honour belongs to God, and to His Messenger and those who believe [in God]: but of this the hypocrites are not aware." [63:8 - Wahiduddin]

[3] ALLAH Bestows His Grace on whomsoever He Wills
"O ye who believe! whosoever of you apostateth from his religion, then presently Allah shall bring a people whom He shall love and who shall love Him, gentle toward the believers, stern toward the infidels, striving hard in the way of Allah, and fearing not the reproof of any reprover. This is the grace of Allah; He bestoweth it on whomsoever He will. And Allah is Bountiful, Knowing." [5:54 - Daryabadi]

6. ALLAH'S Commands To The Prophet (pbuh)

[2] “Do not turn your cheek disdainfully from the people, and do not walk exultantly on the earth. Indeed Allah does not like any swaggering braggart." [31:18 - Qara'i]

7. ALLAH, The Exalted, Sent The EXEMPLAR:

Prophet's Manners and Morals
[1] Narrated Abu Dharr and Abu Hurayrah:
"The Messenger of Allah () used to sit among his Companions. A stranger would come and not recognize him (the Prophet) until he asked (about him)." [Sunan Abi Dawud, Book 41, Hadith 4681]

[2] It was narrated that Abu Hurairah and Abu Dharr said:
"The Messenger of Allah [SAW] would sit among his Companions and if a stranger came, he would not know which of them was he (the Prophet [SAW]) until he asked."
[Sunan an-Nasa'i, Vol. 6, Book 47, Hadith 4994]

[4] Narrated Ibn `Abbas:
"In those days we were afraid of one of the kings of Ghassan tribe. We heard that he intended to move and attack us, so fear filled our hearts because of that. (One day) my Ansari friend unexpectedly knocked at my door, and said, "Open Open!' I said, 'Has the king of Ghassan come?' He said, 'No, but something worse; Allah's Messenger () has isolated himself from his wives.' I said, 'Let the nose of `Aisha and Hafsa be stuck to dust (i.e. humiliated)!' Then I put on my clothes and went to Allah's Messenger ()'s residence, and behold, he was staying in an upper room of his to which he ascended by a ladder, and a black slave of Allah's Messenger () was (sitting) on the first step. I said to him, 'Say (to the Prophet () ) `Umar bin Al-Khattab is here.' Then the Prophet () admitted me and I narrated the story to Allah's Messenger (). When I reached the story of Um Salama, Allah's Messenger () smiled while he was lying on a mat made of palm tree leaves with nothing between him and the mat. Underneath his head there was a leather pillow stuffed with palm fibres, and leaves of a saut tree were piled at his feet, and above his head hung a few water skins. On seeing the marks of the mat imprinted on his side, I wept. He said.' 'Why are you weeping?' I replied, "O Allah's Messenger ()! Caesar and Khosrau are leading the life (i.e. Luxurious life) while you, Allah's Messenger () though you are, is living in destitute". The Prophet () then replied. 'Won't you be satisfied that they enjoy this world and we the Hereafter?"
[Sahih Al-Bukhari, Vol. 6, Book 60, Hadith 435]

[6] Abu Sa'id al-Khudri reported that he went to the Messenger of Allah () and found him observing prayer on a mat and prostrating on that. [Sahih Muslim, Book 4, Hadith 1393]
[7] Hisham said, "I asked 'A'isha, 'What did the Prophet, may Allah bless him and grant him peace, do in his house?' She replied, 'He did what one of you would do in his house. He mended sandals and patched garments and sewed." [ Al-Adab Al-Mufrad, Book 30, Hadith 3]

[8] It was narrated that Anas bin Malik said:
“The Prophet () performed Hajj on an old saddle, wearing a cloak that was worth four Dirham or less. Then he said: ‘O Allah, a Hajj in which there is no showing off nor reputation sought.” [Sunan Ibn Majah, Vol. 1, Book 25, Hadith 2890]

[11] Abu Huraira reported Allah's Messenger () as saying:
"Charity does not in any way decrease the wealth and the servant who forgives Allah adds to his respect, and the one who shows humility Allah elevates him in the estimation (of the people)." [Sahih Muslim, Book 32, Hadith 6264]

[12] 'Iyad bin Himar (May Allah be pleased with him) said:
"The Messenger of Allah () said, "Verily, Allah has revealed to me that you should adopt humility. So that no one may wrong another and no one may be disdainful and haughty towards another." [Muslim, Book 18, Hadith 1589]

[13] 'Amr b Sa'id b al-As reported:
I was, with Uthman that he called for ablution water and said: I heard Allah's Messenger () say: When the time for a prescribed prayer comees, if any Muslim perform ablution well and offers his prayer) with humility and bowing, it will be an expiation for his past sins, so long as he has not committed a major sin; and this applies to for all times. [Sahih Muslim, Book 2, Hadith 10]

[14] It was narrated from Hisham bin Ishaq bin Abdullah bin Kinanah that:
His father said: "I asked Ibn 'Abbas how the Messenger of Allah () prayed for rain. He said: 'The Messenger of Allah () went out (dressed) in a state of humility, beseeching and humble. He sat on the minbar but he did not deliver a Khutbah like this Khutbah of yours, rather he kept supplicating, beseeching and saying the takbir, and he prayed two rak'ahs as he used to do during the two 'Eids.'" (Hasan) [Sunan an-Nasa'i, Vol. 2, Book 17, Hadith 1509]

[15] It was narrated from ‘Asim bin Muhammad bin Zaid bin ‘Abdullah, from his father, that his grandfather said:
“The Messenger of Allah () forbade us to drink while (lying) on our bellies, lapping up water, and he forbade us to drink from one hand only. He said: ‘None of you should lap up water as a dog does, and he should not drink water from one hand as the people with whom Allah is angry do, and he should not drink from a vessel at night without stirring it first, unless the vessel was covered. Whoever drinks from his hand when he is able to drink from a vessel, with the intention of humility, Allah will record good deeds equivalent to the number of fingers for him. It (i.e., the hand) is the vessel of ‘Eisa bin Maryam, (as) when he threw away the cup and said: ‘Ugh! That belongs to this world.” [Sunan Ibn Majah, Vol. 1, Book 30, Hadith 3431]

"We will reserve the houses of the hereafter exclusively for those who do not seek self-glory in this life and do not cause oppression and corruption to spread. The final outcome belongs to those who fear (Allah)." [28:83 - Dr Munir Munshey]


Acknowledgements:
Our sincere thanks to Sister Habiba Kavalec for her support and advice. May ALLAH, The Exalted, Be Pleased with her.