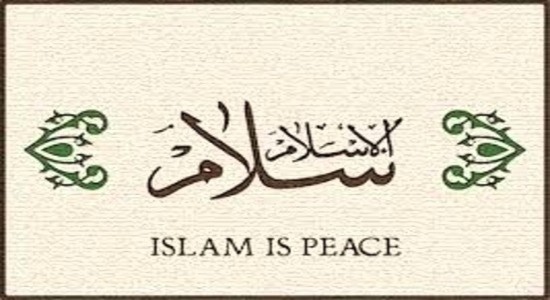 "If anyone desires a religion other than Islam (submission to Allah), it will never be accepted from him; and in the Hereafter he will be among the losers." [3:85]

“Indeed the only true religion in the sight of Allah is Islam; those who had received the Books differed only after the knowledge came to them, due to their hearts’ envy; and whoever disbelieves in the signs of Allah, then Allah is Swift At Taking Account.” [3:19]

“He it is Who sent His Messenger with the guidance and the true religion that He may make it prevail over all the religions; and Allah is enough for a witness.” [48:28]

“Seek they then other than the religion of Allah Whereas unto Him hath submitted whosoever is in the heavens and the earth willingly or unwillingly, and unto Him shall they all be returned.” [3:83]

“And fight against them until there be no temptations and their obedience be wholly unto Allah. So if they desist, thens verily Allah is the Beholder of that which they do.” [8:39]

“Who can be better in religion than one who submits his whole self to Allah, does good, and follows the way of Abraham the true in Faith? For Allah did take Abraham for a friend.” [4:125]

“And strive in the cause of Allah and make His purpose the heart of your purpose. He did not intend to put you in difficulty nor to create for you difficultness in the system of faith and worship He has chosen for you, the same system followed by your father Ibrahim . It is He -Allah- Who gave you people the descriptive and distinctive appellation "Muslims " in previous Scriptures as well as in this Book - the Quran - so that the Messenger Muhammad would be a witness of your actions and you come to be witnesses of peoples' actions which interpret their thoughts and characterize their rival systems. Therefore, engage in the act of worship, give alms and turn your minds to Allah and see that you be under His tutelage. He is your Tutelary Guardian, and how ultimate in excellence is the Protector and the Ultimate of Ultimates to afford help!” [22:78]

“And so set your heart and thoughts O Muhammad upon the Faith and rest your eyes upon Allah with sincere feeling and actions and with firmness in fidelity and allegiance and in the fulfillment of all duties owed to Him. This is the natural instinct and the innate propensity Allah has implanted in mankind and no change ever shall there be nor should there be. This right and commendable religion is the only system of faith and worship that leads directly to Allah, but most people fail to realize this fact.” [30:30]

“So set thy face to the service of the right religion, before there comes the day from ALLAH for which there will be no averting. On that day believers and disbelievers will be separated from each other.” [30:43]

“We have revealed to you; O Muhammad the Book -the Quran- in truth and in agreement with reality, therefore worship Allah devoting to Him alone all religious rites.” [39:2]

“Remember, it is to ALLAH alone that sincere obedience is due. And those who take as protectors others beside HIM, say, `We serve them only that they may bring us near to ALLAH in station.' Surely, ALLAH will judge between them concerning that wherein they differ. Surely, ALLAH guides not him who is an ungrateful liar.” [39:3]

“Say to them -the infidels- "I have been commanded to worship Allah and to devote to Him alone all religious rites.” [39:11]

“Allah it is Who hath appointed for you the earth for a resting-place and the heaven for a structure, and fashioned you and fashioned you well, and provided you with goodly things. Such is Allah, your Lord. So blessed be Allah, the Lord of the worlds! He is the Living, there is no god but He, therefore call on Him, being sincere to Him in obedience; (all) praise is due to Allah, the Lord of the worlds.” [40:64-65]

“He hath ordained for you that religion which He commended unto Noah, and that which We inspire in thee (Muhammad), and that which We commended unto Abraham and Moses and Jesus, saying: Establish the religion, and be not divided therein. Dreadful for the idolaters is that unto which thou callest them. Allah chooseth for Himself whom He will, and guideth unto Himself him who turneth (toward Him).” [42:13]

“And [as for the followers of earlier revelation,] they broke up their unity, out of mutual jealousy, only after they had come to know [the truth]. And had it not been for a decree that had already gone forth from thy Sustainer, [postponing all decision] until a term set [by Him], all would indeed have been decided between them [from the outset]. As it is, behold, they who have inherited their divine writ from those who preceded them are [now] in grave doubt, amounting to suspicion, about what it portends.” [42:14]

“Now then, for that (reason), call (them to the Faith), and stand steadfast as thou art commanded, nor follow thou their vain desires; but say: "I believe in the Book which Allah has sent down; and I am commanded to judge justly between you. Allah is our Lord and your Lord: for us (is the responsibility for) our deeds, and for you for your deeds. There is no contention between us and you. Allah will bring us together, and to Him is (our) Final Goal.” [42:15]

“He it is Who sent His Messenger with the guidance and the true religion that He may make it prevail over all the religions; and Allah is enough for a witness.” [48:28]