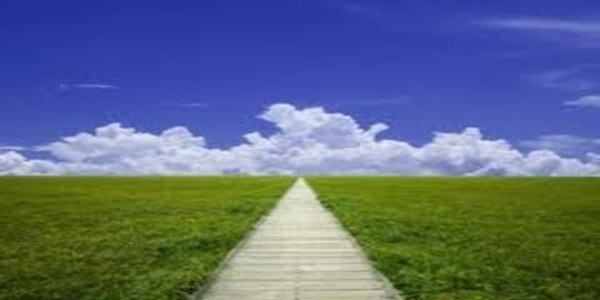 Our LORD! Please Guide us onto The Straight PATH [1:6]

God is reminding us that it is not our deeds alone that bring guidance or forgiveness, but it is something that He bestows upon us as a favor.

{Guide us to the Straight Path. The way of those whom You have bestowed Your Grace. Not of those who earn Your anger, nor of those who go astray.} (Al-Fatihah 1: 6-7)

When we examine these verses, we find that it has some very interesting qualities that make it a unique prayer.

In a short examination of the above verses, especially the section we have highlighted, we will find guidance on:

Having humility as a servant of God in the community
Ascribing success to God and not to oneself
The comprehensiveness of Islam
The social nature of the Islamic message
As we explore chapter Al-Fatihah, we will pick these four lessons.

In this prayer which God revealed to us, it is clear that we are to ask for guidance upon the “Straight Way”. However, the nature of this path, its location, its signs, its characteristics, and its directions are all left out. We are given no indication as to how to get there, how to find the map for it. Instead, the path is described in one single way: {The Path of Those Whom You Have Favored}.

It is interesting that rather than pointing to concepts or ideas for the individual to discover on one’s own, God pointed to people. He tells us that this path is found with those whom His favor is upon. What is the point of doing this?

It has immediately turned us into students. We are seeking this path and when God points to the people whom He has favored; our minds become fixed on seeking out these people. Who are they? How can we be like them? How can we join their company? Rather than allowing us to feel arrogant that we are on the “Straight Path”, we have been directed towards others who may already be there. But again…who are they?

{All who obey Allah and the Messenger are in the company of those on whom is the Grace of Allah, – of the prophets (who teach), the sincere (lovers of Truth), the witnesses (who testify), and the Righteous (who do good): Ah! what a beautiful fellowship!} (An-Nisa’ 4: 69)

And here we have:

How to join this company: To "Obey God and the Messenger".

Who the company consists of: the Prophets, the Siddiqeen (the truthful sincere servants of God), the Shuhadaa (those who testify to the Truth with their speech, and if needed will defend the Truth and the innocent with their lives), and theSaliheen (those who are righteous in actions).

God then praises this group by calling it a beautiful fellowship.

By naming these four groups of people in the Quran as those whom the Grace of God is upon, He has pointed us not to a set of concepts, but to a community and a set of examples. From the teachings of the Prophets we take knowledge and the framework of truth for all that follows. From the Siddiqin (the truthful) we derive the lessons and examples of sincere worship. From the Shuhada we see examples of those who act and struggle to testify to Truth. And from the Saliheen we see examples of righteous actions. So the one aiming for the Straight Path should seek out these people, their company, their examples, and learn from what they have.
Though we can attract His mercy through sincerity, God is reminding us that it is not our deeds alone that bring guidance or forgiveness, ...
This teaches the servant that he should think himself self-reliant in his journey towards God’s grace, but should remember that there are those in the past, and those in the community that he can seek out and be in good company with.

In mentioning the Straight Path, God does not simply provide a list of actions. Rather, He makes it clear that He is the one acting.

The Arabic word “An’amta” means “You bestow (favor) upon” in reference to God. A subtle reminder that we are not the ones who “earn” God’s grace, but that He gives it to us out of His mercy. Though we can attract His mercy through sincerity, God is reminding us that it is not our deeds alone that bring guidance or forgiveness, but it is something that He bestows upon us as a favor. This again reminds the servant to be humble before God.

3. The Comprehensiveness of Islam

Every group, methodology, and ideology will have some method or idea which it sees as the primary driver of Islamic reform for the individual and the community. Some groups oriented around Tasawwuf (self-improvement) will focus on spiritual purification. Others focused around societal change, on activism in the community – both social and political. Other organizations will focus on righteous deeds and worship. Yet others will focus on knowledge.

However we see that when God describes the people who have His grace, they represent all of these various interests.

The Prophets: The bearers of the Message of God, the deliverers of knowledge from God to humanity, and the providers of the religious foundation for generation to come and all the groups that follow below.
The Sincere and Truthful: Those whose hearts are purified and are sincere in their reverence for God and in their actions amongst people. Truthfulness emanates not only in their speech but in their actions, because their intentions are pure and for God alone.

The Witnesses: Those who actively strive to witness to the truth under extraordinary circumstances, whether under threat of loss of life or wealth. They testify to Islam and call to goodness and benefit and may eventually find themselves giving all they have in order to defend innocent people and protect the lives of others.

The Righteous: Those who dedicate extraordinary amounts of time to the doing of good deeds. Prayer, fasting, giving charity, visiting the sick, helping the orphans, remembering the name of God, reciting the Quran, and doing their utmost to have their limbs always in the worship of the Creator and in the service of His Creation.

... the Quran has pointed us towards a religion that is not individualistic, but is based around being part of a community
It is amazing that in describing the people of the “Straight Path”, the Quran mentions all of the various goals and methods – the seeking of knowledge, the purification of the soul, activism, and the doing of good deeds. Yet another testament to the fact that Islam is comprehensive, and calls for balance in the various priorities on the Straight Path.

4. The Social Nature of the Islamic Message

By highlighting a set of people, instead of a list of to-dos, the Quran has pointed us towards a religion that is not individualistic, but is based around being part of a community. It is asking us to seek out people from whom we can learn, and good company with whom we can be.

As the Prophet Muhammad said: “A person is upon the religion of his/her friends.” (Abu Dawud) The most intimate companions of a person will often affect his/her faith and will influence the direction of his/her life. But if we know that we should seek the knowledge and stay within the framework provided by the Prophet, strive to be with people who show purity and sincerity as best as we can notice, spend time in circles of activism and call to good things, and work hard to do righteous actions and be in groups that do righteous actions, the Quran is telling us that in presence with that company, we are on the “Straight Path”.