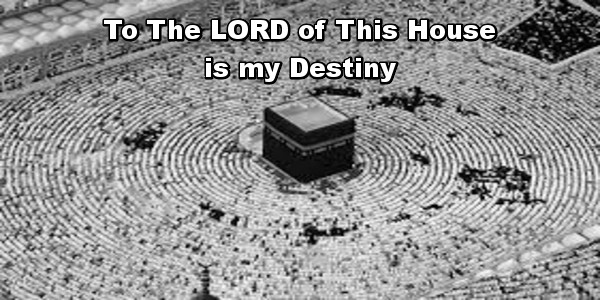 THE THEORY OF ABROGATION EXPLAINED

Muslims believe in the theory of abrogation, i.e. they believe that certain earlier verses of the Qur’an were abrogated by verses revealed later. Does this imply that God made a mistake and later on corrected it?

The Glorious Qur’an says in the following verse:

"None of Our revelations do We abrogate or cause to be forgotten, but We substitute something better or similar: knowest thou not that Allah hath power over all things?"
[Al-Qur’an 2:106]

A reference to this is also made in chapter 16 verse 101 of Surah Nahl. The Arabic word mentioned is ayat which means ‘signs’ or ‘verses’ and which can also mean ‘revelations’. This verse of the Qur’an can be interpreted in two different ways:

Many Muslims and non-Muslims misunderstand the second interpretation to mean that some of the earlier verses of the Qur’an were abrogated and no longer hold true for us today, as they have been replaced by the later verses of the Qur’an or the abrogating verses. This group of people even wrongly believe that these verses contradict each other.

Let us analyze a few such examples.

Some pagan Arabs alleged that the Qur’an was forged by Prophet Muhammad (pbuh). Allah (swt) challenges these Arabs in the following verse of Surah Al-Isra:

"Say: If the whole of Mankind and Jinns were together to produce the like of this Qur’an they could not produce the like thereof, even if they backed up each other with help and support."[Al-Qur’an 17:88]

Later the challenge was made easy in the following verse of Surah Al-Hud:

It was made easier in the following verse of Surah Yunus:

And if ye are in doubt as to what We have revealed from time to time to Our servant, then produce a Surah like thereunto; and call your witnesses or helpers (if there are any) besides Allah if your (doubts) are true.

But if ye cannot – and of a surety ye cannot – then fear the Fire whose fuel is Men and Stones – which is prepared for those who reject faith". [Al-Qur’an 2:23-24]

Thus Allah (swt) made the challenges progressively easier. The progressively revealed verses of the Qur’an first challenged the pagans to produce a book like the Qur’an, then challenged them to produce ten Surahs (chapters) like those in the Qur’an, then one Surah and finally it challenges them to produce one Surah somewhat similar (mim mislihi) to the Qur’anic Surahs. This does not mean that the later verses that were revealed i.e. of Surah Baqarah chapter 2 verses 23 and 24 contradict the earlier three verses. Contradiction implies mentioning two things that cannot be possible simultaneously, or cannot take place simultaneously.

Another example of such verses is that related to gradual prohibition of intoxicants. The first revelation of the Qur’an to deal with intoxicants was the following verse from Surah Baqarah:

"They ask thee concerning wine and gambling say: ‘In them is great sin, and some profit, for men; but the sin is greater than the profit’."[Al-Qur’an 2:219]

The next verse to be revealed regarding intoxicants is the following verse from Surah Nisa:

"O ye who believe! approach not prayers with a mind befogged, until ye can understand all that ye say" [Al-Qur’an 4:43]

The last verse to be revealed regarding intoxicants was the following verse from Surah Al-Maidah:

"O ye who believe! intoxicants and gambling, (dedication of) stones, and (divination by) arrows, are an abomination of Satan’s handiwork; eschew such (abomination), that ye may prosper."[Al-Qur’an 5:90]

The Qur’an was revealed over a period of 22½ years. Many reforms that were brought about in the society were gradual. This was to facilitate the adoption of new laws by the people. An abrupt change in society always leads to rebellion and anarchy.

The prohibition of intoxicants was revealed in three stages. The first revelation only mentioned that in the intoxicants there is great sin and some profit but the sin is greater than the profit. The next revelation prohibited praying in an intoxicated state, indicating that one should not consume intoxicants during the day, since a Muslim has to pray five times a day. This verse does state that when one is not praying at night one is allowed to consume intoxicants. It means one may have or one may not have. The Qur’an does not comment on it. If this verse had mentioned that one is allowed to have intoxicants while not praying then there would have been a contradiction. Allah (swt) chose words appropriately. Finally the total prohibition of intoxicants at all times was revealed in Surah Maidah chapter 5 verse 90.

This clearly indicates that the three verses do not contradict each other. Had they been contradicting, it would not have been possible to follow all the three verses simultaneously. Since a Muslim is expected to follow each and every verse of the Qur’an, only by following the last verse i.e. of Surah Maidah (5:90), he simultaneously agrees and follows the previous two verses.

4. Qur’an does not contain any contradictions

The theory of abrogation does not imply that there is a contradiction in the Qur’an, since it is possible to follow all the verses of the Qur’an at the same time.

If there is a contradiction in the Qur’an, then it cannot be the word of Allah (swt).

"Do they not consider the Qur’an (with care)? Had it been from other than Allah, they would surely have found therein much discrepancy (contradictions)."
[Al-Qur’an 4:82]


Edited With Thanks from:
http://islamicmisconceptions.blogspot.com/2009/03/theory-of-abrogation.html