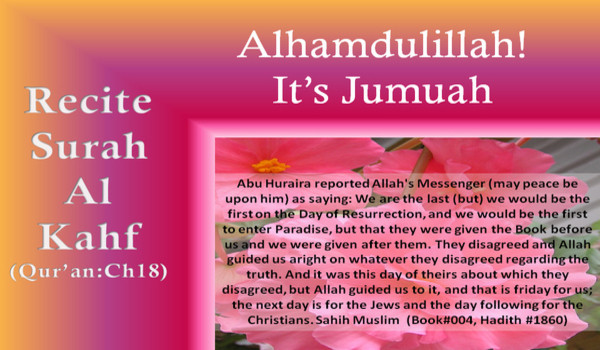 Abu Huraira reported Allah's Messenger (ﷺ) as saying:
We are the last (but) we would be the first on the Day of Resurrection, and we would be the first to enter Paradise, but that they were given the Book before us and we were given after them. They disagreed and Allah guided us aright on whatever they disagreed regarding the truth. And it was this day of theirs about which they disagreed, but Allah guided us to it, and that is Friday for us; the next day is for the Jews and the day following for the Christians.
[Muslim, Book 7, Hadith 30]