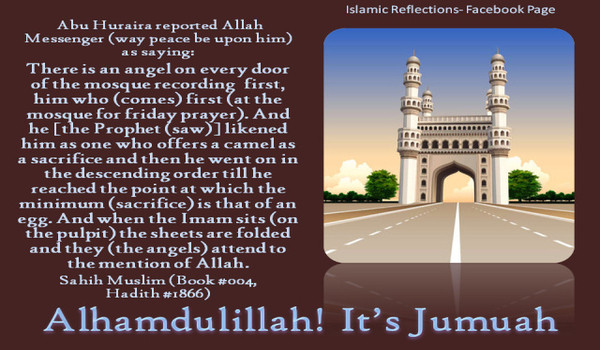 Abu Huraira reported Allah's Messenger (ﷺ) as saying:
When it is Friday, the angels stand at every door of the mosque and record the people in the order of their arrival, and when the Imam sits (on the pulpit for delivering the sermon) they fold up their sheets (manuscripts of the Qur'an) and listen to the mention (of Allah). And he who comes early is like one who offers a she-camel as a sacrifice, the next like one who offers a cow, the next a ram, the next a hen, the next an egg.