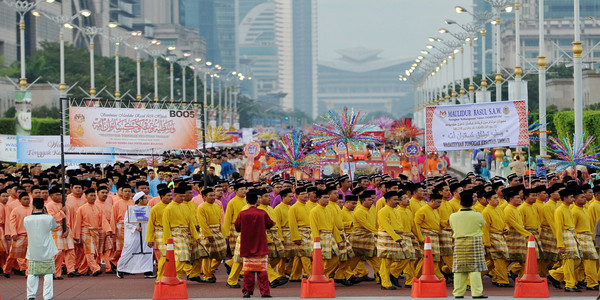 Praise be to Allaah the Lord of the Worlds, and blessings and peace be upon our Prophet Muhammad and all his family and companions.

DEFINITION OF BIDAH-INNOVATION
​
“According to sharee’ah, the definition is ‘Doing actions in matters of deen that Allaah has not prescribed.’ Or ‘Worshipping Allaah in ways that are not those of the Prophet (peace and blessings of Allaah be upon him) or his rightly guided successors (al-khulafaa’ al-raashidoon).’

So to make it clear, a Bidah is something which

The commands mentioned in the Qur’aan and Sunnah to follow the laws of Allaah and His Messenger, and the prohibitions on introducing innovations into the religion are quite clear. Allaah says (interpretation of the meaning)

“And verily, this is My straight path, so follow it, and follow not (other) paths, for they will separate you away from His path”
[al-A’naam 6:153]

PROPHET MUHAMMAD has also warned that the water of lake-fount won't be granted to the innovators .

Among the reprehensible innovations that people have invented is the celebration of the birthday of the Prophet (peace and blessings of Allaah be upon him) in the month of Rabee’ al-Awwal.

Did the Sahaabah celebrate the Mawlid/Milad?The Sahaabah were witnesses to the revelation of the Qur'aan. They had the Prophet right in front of their eyes. They ate, drank, sat, slept, talked, walked, lived with the Prophet (Sal Allaahu Alaiyhi wa Sallam). If they misunderstood anything or were mistaken, the Prophet (Sal Allaahu Alaiyhi wa Sallam) immediately corrected them. And thus, their understanding and practice of Islaam was the best.
Yet, when we look at the lives and practice of the Sahaabah, we find that none of them EVER celebrated the birth of their beloved Prophet, whether during his life or even after he passed away.Not Abubakr, not Umar, not Uthman, not Ali, nor Aaishah, Ibn Umar, Ibn Masud, Talha, Az-Zubair, not a single Sahaabi.Doesn't that prove anything?
The Sahaabah absolutely loved the Prophet (Sal Allaahu Alaiyhi wa Sallam)They gave up their homes, families, lives, everything they had... for his sake, in the blink of an eye. Yet this love did NOT promote them to celebrate his birth.
This love translated into the practical application of his teachings and NOT picking the 12th of Rabi-ul-Awwal as a day of celebration.

when all these great caliphs didn't celebrate then who are we to transgress ?

What about the Four Imaams and other Ulama?Did any of the Imaams – Abu Haneefah, Maalik, al-Shaafi’i, Ahmad, al-Hasan al-Basri, do this or command others to do it or say that it was good?No. In fact, it was not even mentioned during the first and best three centuries.The Prophet (Sal Allaahu Alaiyhi wa Sallam) said: “The best of mankind are my generation, then those who come after them, then those who come after them.(Bukhaari, Muslim and al-Tirmidhi).

And if the 'best of mankind' didn't celebrate his birth, then we shouldn't either. Actually, the celebration of the Prophet’s birthday appeared many centuries later.By this time, many of the features of true religion had disappeared and bid’ah had become widespread

Can it be possible that the Sahaabah, the Imaams and the people of the best three centuries were unaware of the importance of celebrating the birthday of the Prophet or that they were lacking in their love for him? And it was only those who came later who were aware of it or loved him more?!!!

Some people do not limit themselves to the actions mentioned above; they include in these gatherings haraam and reprehensible things, such as free mixing of men and women, dancing and singing, or committing actions of shirk such as seeking the help of the Prophet (peace and blessings of Allaah be upon him), calling upon him, seeking his support against their enemies and so on.

Whatever form it takes and whatever the intentions of those who do this are, there is no doubt whatsoever that it is an invented, haraam innovation which was introduced by the Shi’a Faatimids after the three best centuries, in order to corrupt the religion of the Muslims. The first person to do this after them was the king al-Muzaffar Abu Sa’eed Kawkaboori, the king of Irbil, at the end of the sixth century or the beginning of the seventh century AH, as was mentioned by the historians such as Ibn Khalkaan and others

Ruling on celebrating the Prophet’s birthday

Why it is not allowed?

1)it is not part of the Sunnah of the Messenger (peace and blessings of Allaah be upon him) or of the khaleefahs who succeeded him. Since this is the case, then it is a forbidden innovation, because the Prophet (peace and blessings of Allaah be upon him) said: “I urge you to follow my Sunnah and the way of the rightly-guided khaleefahs after me; adhere to it and cling to it firmly. Beware of newly-invented things, for every newly-invented thing is an innovation (bid’ah) and every innovation is a going-astray.” (Narrated by Ahmad, 4/126; al-Tirmidhi no. 2676)

2 – Celebrating the birthday of the Prophet (peace and blessings of Allaah be upon him) is an imitation of the Christians, because they celebrate the birth of the Messiah (peace be upon him). Imitating them is extremely haraam.

Whoever imitates a people is one of them” (narrated by Ahmad, 2/50; Abu Dawood, 4/314). And he said, “Be different from the mushrikeen” (narrated by Muslim, 1/222, no. 259) – especially with regard to things that are the symbols or rituals of their religion.

3 – Besides being bid’ah and an imitation of the Christians, both of which are haraam, celebrating the birthday of the Prophet (peace and blessings of Allaah be upon him) is also a means that leads to exaggeration and excess in venerating him, which even goes as far as calling upon him (making du’aa’ to him) and seeking his help, instead of calling upon Allaah, as happens now among many of those who observe the bid’ah of the Mawlid, when they call upon the Messenger instead of Allaah, and ask him for support, and sing qaseedahs (odes) of shirk praising him

Discussing the specious arguments of those who celebrate the Mawlid

1 – Their claim that this is veneration of the Prophet (peace and blessings of Allaah be upon him):
The response to that is that the way to venerate him is to obey him, do as he commanded and avoid that which he forbade, and to love him; he is not to be venerated through innovations, myths and sins.

2 – Using as evidence the fact that many people in many countries do this.
The response to that is that evidence consists of that which is proven from the Prophet (peace and blessings of Allaah be upon him), and what is proven from the Prophet is that innovations are forbidden in general, and this is an innovation. What people do, if it goes against the evidence (daleel), does not prove anything, even if many of them do it.

“And if you obey most of those on the earth, they will mislead you far away from Allaah’s path”
[al-An’aam 6:116 – interpretation of the meaning]

3 – They say that by celebrating the Mawlid they are keeping the memory of the Prophet (peace and blessings of Allaah be upon him) alive.

The Messenger (peace and blessings of Allaah be upon him) has no need of this innovated celebration, because Allaah has already bestowed veneration and respect upon him, as He says:
“and raised high your fame”
[al-Sharh 94:4]

4 – They may say that the celebration of the Prophet’s birthday was introduced by a knowledgeable and just king who intended thereby to draw closer to Allaah.

Our response to that is that bid’ah is not acceptable, no matter who does it. A good intention does not justify a bad deed and even if a person died as a knowledgeable and righteous person, this does not mean that he was infallible.


5 – They say that celebrating the mawlid comes under the heading of bid’ah hasanah (“good innovation”) because it is based on giving thanks to Allaah for the Prophet!

Lets see whether an innovation can be good or not?

for the answer visit

Allah says
“This day, I have perfected your religion for you”
> [al-Maa'idah 5:3]

We ask Allaah to help us adhere to His Book and the Sunnah of His Messenger until the Day when we will meet Him. May Allaah grant blessings and peace to our Prophet Muhammad and his family and companions.