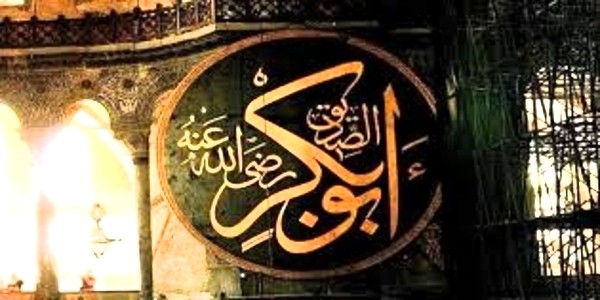 Two and a half dirham from a hundred is the Zakah (poor tax) belonging to the poor amongst the people of the World while the Zakah of the Siddiques is to give their entire wealth to charity.

Extend your charity with humbleness towards the poor for to give charity happily is a sign of acceptance.

Wealth cannot be gained by simply wishing for it, nor is youth gained by dyeing or coloring one’s hair, neither can one gain health without medication.
Justice and fairness is good, nay it is better.

It is necessary to ask forgiveness for one’s sins, nay it is absolutely necessary.
Do not bury me in new clothes. The rights of the living and needy is greater upon it.

Strange are the passing of time yet stranger are the conditions of wanton carelessness (i.e. In remembrance of the Supreme Creator SubHanuhu wa Ta'ala)

Adopt abstention, for abstention is profitable and do good deeds, for good deeds are highly accepted in the court of Allah SubHanuhu wa Ta'ala.

There is no trouble in patience and there is no benefit in complaining.

Do not kill any woman, children or cripple.

Do not cut down a fruit bearing tree.

Do not be lavish or miserly.

Ikhlas (good conduct) is: when one does not require reward in exchange for a good deed.

Man is weak, yet it is astonishing that he is insistent in disobeying the commands of the Almighty Allah SubHanuhu wa Ta'ala.

He should know that his heart is empty of Faith (Iman) when good advice has no avail upon him.

Worship and prayer is a career, It’s business premises is the creation, The fear of Allah SubHanuhu wa Ta'ala is it’s wealth and it’s profits is Paradise.

It is difficult to be patient but to waste the rewards for patience is worse.
Strange are the passing of time yet stranger is the fact when one does not notice this.

Life comes to pass yet Death is very much closer.

To seek forgiveness in old age is good but to seek it when young is better.

Sin committed by a young person is bad but an old person committing sin is worse.

Laziness in worship by the general public is bad, but a knowledgeable person or a seeker of knowledge showing laziness is worse.

Those that do not have the strength to cry then they should show mercy upon that person who cries.

Stop complaining and you would be blessed with a good life.

Cry on that day when you realize that life has passed you by and you have not done any good deeds.

Nobody wishes for death except that person who has complete confidence on his good deeds.

It is compulsory for the one questioned to answer and to give an excellent reply shows superb ethics and morals.

There is a perception as to the rewards for every virtue except patience, for patience is that virtue whose reward is unknown (Infinite).

A thankful person is very close to safety.

True generosity is to remove the burdens of Creation and place it upon one’s own shoulders.

Good manner is not to ask for rewards in exchange for good deeds. Leave the World for the Hereafter and leave the Hereafter to Allah SubHanuhu wa Ta'ala Most High.

You are busy pursuing the comforts and luxuries to make your life comfortable in this World while the World is in earnest preparation to expel you from her.
It does not benefit the tongue to speak of the losses incurred upon a person’s Worldly investments.

No person with knowledge has ever claimed godhead by comparison to those with immense wealth.

Whenever one goes to offer his condolences to the bereaving family then one should say – Adopt patience for there is no calamity in it and do not cry for there is no benefit in it. Remember the Messenger of Allah r and the great loss sustained through his departure from this World and your misfortune shall seem small in comparison.

Those people, who demised at the beginning of the early days of Islam, are very fortunate.

If only I was a strand of hair on a Mu'min’s (believer) chest.

When speaking then talk precisely. That speech is only beneficial which could be listened to with ease. Long speeches tend to bore people who then lose an element of the subject matter.

Always hold the tip of your tongue and say, you have entrapped me in many places.

When the camel’s bridle falls then one gets down and picks it up. The question never arises to ask somebody else to do it. (p.s. endeavour to do things on your own without relying on others to do it for you)

Alas! If only I were a tree so that I could be chopped down and eaten. (The reason for such an extreme is the status of fear and sorrow overpowering it)

The heart is the acceptor of advice, Remember! Keep no one more beloved or closer than death.

Those people are not preferred who relinquish the Hereafter for the World but inclination is towards those who give preference to both the World and the Hereafter.

Make amends for your wrong doings with zeal and replace your bad deeds with good deeds.

That amount of knowledge which creates fear of Allah SubHanuhu wa Ta'ala Almighty is only necessary for a believer (Mo'min).

After journey and shortages a person fears provisions.

The foundation for all a persons troubles is his speech.

A believers fear and hope when weighed would be equal.

A seeker of knowledge shows excesses in age while a seeker of the World show a high handedness in knowledge.

Hadrat Junayd Radi Allahu Anhu says that among the sayings of the Companion of the Holy Prophet regarding Tawheed (oneness of Allah SubHanuhu wa Ta'ala) the saying of Sayyiduna Abu Bakr al-Siddique Siddiq Radi Allahu Ta'ala Anhu is the most excellent and he said this: There is no other road created besides submission/humility and helplessness for the creation and Allah SubHanuhu wa Ta'ala is most high, most pure.

When good advice does not affect a change in ones ways then know this that, ones heart is empty from Iman (Faith).

The strength of knowledge when it surpasses the boundaries gives birth to deceit and cunningness and when it is deficient or worthless then it gives birth to stupidity and gullibility.


Taken with Thanks from:
http://www.alahazrat.net/islam/gems-of-wisdom-hazrat-abu-bakar-siddique.php