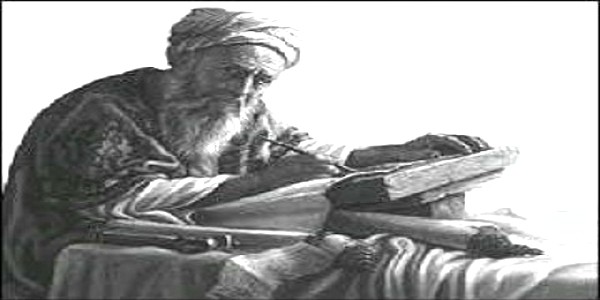 A Brief History of Imam Muslim

Naisabur Muslim Imam was born in the year 202 H or 817 AD Imam Muslim named Imam Abul Hussain Muslim complete ibn al-Hajjaj ibn Muslim ibn al Qushayri Kausyaz an Naisaburi. Naisabur, which now includes Russian territory, in the history of Islam when it was included in the Nahr Wara'a Maa designation, meaning the areas situated around the River Jihun in Uzbekistan, Central Asia. During the Samanid dynasty, Naisabur became the seat of government and commerce for about 150 years. Just as in medieval Baghdad, Naisabur, also Bukhara (Imam Bukhari's hometown) as one of the city center of science and civilization in Central Asia. Here also lived many great scholars.

Imam Muslim's attention and interest to the science of hadith was remarkable. From an early age, he has concentrated study of hadith. In the year 218 AH, he began to study the hadiths, when he was less than fifteen years. Luckily, he was awarded the advantage of thinking and memory acuity hafalanbutkan hadith transmission.

In addition to Ad Dakhili, Imam Muslim did not hesitate to ask to many scholars in various places and. When he was ten years old, Muslim Imam often come and sit under an expert on hadith, Imam Ad Dakhili. A year later, he began memorizing the hadith of the Prophet SAW, and began to dare correct the errors of false teachers menyenegara. Adventure into a routine activity for him to find the right pedigree and sequence of a hadith. He, like go to the Hijaz, Iraq, Sham, Egypt and other nations. In his trip, Imam Muslim and met many famous visiting scholars to sit hadith to them. In Khorasan, he studied to Yahya bin Yahya bin Rahawaih and Isaac; in Ray, he studied to Muhammad ibn Mahran and Abu 'Ansan. In Iraq, he studied hadith to Ahmad bin Hanbal and ibn Abdullah Maslamah; in the Hijaz, he learned to Sa'id ibn Mansur and Abu Mas 'Abuzar; in Egypt, he studied to' Amr bin Yahya bin Sawad and Harmalah, and other hadith scholars.

For Imam Muslim, Baghdad has its own meaning. In this city he visited many times to learn the expert scholars of hadith. His last visit he did in the year 259 H. When it comes to Naisabur Imam Bukhari, Imam Muslim often come to exchange ideas as well as studied him. At that time, Imam Bukhari, who is more senior, more than she mastered the science of hadith.

When there is slander or gaps between Bukhari and Az Zihli, he joined the Bukhari. Unfortunately, this then becomes a cause breakdown of his relationship with the Imam Az Zihli. Even more sad, no good relationship was spread to the problem of science, namely in terms of collection and transmission hadiths of the Prophet SAW.

Imam Muslim in the book shahihnya and other books do not include the hadiths from the Az Zihli received, even though he is a teacher. The same is he doing to Bukhari. It seems to Imam Muslim there is no alternative but to not include in the book of hadiths Shahihnya received from both his teacher. Nevertheless, he still recognizes them as a teacher.

Imam Muslim yaC Sahih Muslim, hadith number 3030 without repetition. When calculated with the repetition, he said, amounted to about 10,000 hadiths. Meanwhile, according to Imam Al Khuli, cleric of Egyptian origin, hadith contained in Muslim works are known to be very tawadhu BNG 'and wara' in science it has been reported tens of thousands of hadith. According to Muhammad Ajaj al-Khatib, professor of hadith at the University of Damascus, Syria, listed in the hadeeth of Imam Muslim.rjumlah 4000 masterpiece of hadith without repetition, and 7275 with repetition. The number of hadith which he wrote in Saheeh Muslim, was taken and filtered from some 300,000 hadith he knew. To filter the hadiths, the Muslim Imam takes 15 years.

Regarding the method of preparation of the hadith, Muslim Imam to apply the principles of science jarh, and ta'dil, which is a science that is used to assess whether or not a hadith defects. He also uses sighat at tahammul (methods of reception history), such as haddasani (tell me), haddasana (tell us), akhbarana (preach to me), akhabarana (preach to us), and qaalaa (he said).

Imam Muslim became the second best person in the matter of Hadeeth (sanad, towns, criticism, and selection) after Imam Bukhari. "In this world people are real experts in the field of hadith only four people: one of them is a Muslim Imam," remarked big cleric Abu Hafiz Al Quraishi. Intent expression was none other prominent hadith scholars who lived in the Abu Quraysh.

In the realm of Islamic sciences, particularly in the field of Hadeeth, Imam Muslim name so monumental, the equivalent of his teacher, Abu Abdillah Muhammad ibn Ismail al-Bukhary al-Ju'fy or better known by the name of Imam Bukhari. Islamic history is owed to him service, his achievements in the field of Hadeeth, as well as outstanding scientific work as a reference to Islam, after the Koran. Two books of hadeeth saheeh Bukhari and Muslim's work was instrumental in the standardization for the accuracy of the creed, sharia and tasawwuf in Islam.

Through his work is very valuable, al-Musnad al-Saheeh, or al-Jami 'al-Saheeh, in addition to second place after Sahih Bukhari, Book of treasure library meets the Islamic world, and in Indonesia, particularly in Islamic boarding schools became compulsory curriculum for the students and college students.

Odyssey (rihlah) in the search hadith is its own power, and very important for intellectual development. In this odyssey (220 H), Imam Muslim met with his teachers, which first met with Qa'nabi and others, when the city of Mecca in the context of the pilgrimage. Intellectual journey is more serious, perhaps done the year 230 H. From one area to another, for example, go to Iraq, Syria, Hijaz and Egypt.

Considerable time spent with his teacher al-Bukhari. To the teachers of this magnitude, Imam Muslim tremendous respect. "Let me kiss your feet, O priest and doctor Muhadditsin hadith," she begged, when in a meeting between Bukhari and Muslim.

In addition, Muslim Imam was known as a figure who is very friendly, as al-Bukhari who has refinement, Imam Muslim also has a reputation, which was then popular name - as mentioned by Adh-Dzahabi - with the title of the Muhsin Naisabur.

Maslamah bin Qasim asserted, "Muslims are tsaqqat, noble rank, and was one of the leader (Imam)." Similarly Similarly, expression of the hadith scholars and jurists' big, Imam An-Nawawi, "The scholars agree on the greatness, faith, the height of dignity, intelligence and pioneering work in the hadith. "

Imam Muslim has a fairly significant amount of work and a lot. But most important is his work, Sahih Muslim. Compared to books other hadeeth, Sahih Muslim has its own characteristics, which many Muslim Imam to give attention to the extraction of the official. He did not even include the titles of each end of one subject. In addition, attention is more directed at mutaba'at and syawahid.

Although he has a different value in the method of preparation of the book of hadith, Imam Muslim never intended to reveal the fiqh hadeeth, but argued that bersanad sciences. Because each hadith he narrated in the most feasible to collect sanadnya pathways in place. While al-Bukhari chopping a hadith in some places and in every place he mentioned again sanadnya. As a disciple of deeds, he had great respect for his teacher, so he avoids the people who disagree with al-Bukhari.

Sahih Muslim is judged to be among muhaditsun level under al-Bukhari. But there are a number of scholars who judge that the book of Muslim Imam superior to his book al-Bukhari.

Actually Sahih Muslim Abu published for Zur'ah, one of the biggest critics of hadith, which usually gives some notes on disability hadith. So, Imam Muslim and then corrects these defects with the throw without arguments. Because Imam Muslim never wanted to record hadiths that are only based on personal criteria alone, and only accepted the hadeeth narrated by the scholars. So the Muslim hadiths was very populist.

Based on the count of Muhammad Fuad Abdul Baqi, Sahih Muslim Hadith 3033 load. This calculation method is based on an expert system as is done hadith isnad, but he based it on the subjects. This means that if it is based isnad, the number could double.

Between al-Bukhari and Muslim

Imam Muslim, as stated by Prof.. Mustafa 'Adzami in his book Studies in Hadith Methodology and Literature, taking advantage of Sahih Bukhari, then set his own work, which of course is methodologically influenced the work of al-Bukhari.

Between al-Bukhari and Muslim, in the world as an equal in keshahihan hadith hadith, although the hadith al-Bukhari has competitive level. However, the second book of hadith was named the as-Shahihain.

Actually, the scholars differed among which one is superior to Saheeh Bukhari, Saheeh Muslim. Jumhur Muhadditsun argues, is superior to Saheeh al-Bukhari, while the number of Moroccan scholars and others are more favor Saheeh Muslim. This shows, in fact the difference is very small, and although it happened, just at the systematics of writing alone, as well as comparisons between the themes and contents.

Al-Hafiz Ibn Hajar to review the advantages of Sahih Muslim, Sahih Bukhari, among others, as al-Bukhari certainty requires meeting two narrators who are structurally as teachers and pupils in the hadith Mu'an'an; to be convicted, that sanadnya continued. While Muslims consider simply by "chance" meeting of the narrator is the absence of tadlis.

Al-Bukhari hadith mentakhrij received his primary degree narrator tsaqqat terms of rote and determination. Although the narrator of hadith also issued the following degrees with very selective. While Muslims, more on second-degree narrator than Bukhari. Besides the criticism directed toward the Muslim narrators pathway more than the al-Bukhari.

While the opinion in favor of excellence grounded Saheeh Muslim - as described Ibn Hajar - that Muslims are more careful in arranging the words and wording, because it put them in their own country with a variety of sources in the lives of his teachers. He also did not make a conclusion by giving the title of the chapter as Bukhari did. And a number of other reasons.

But the principle, not any more authentic hadith Bukhari and Muslim hadith rather than vice versa. Only the general history of Bukhari's hadith keshahihan higher degree than keshahihan hadith in Sahih Muslim.

The works of Imam Muslim

Books of the number 6, 20, and 21 have been printed, while numbers 1, 11, and 13 are still in manuscript form. While his work is monumental is the Saheeh of the short title, which is actually titled, Al-Musnad as-Saheeh, Sunan al-Mukhtasar minas, ibn-al-'Adl Naqli 'annealing' Adl 'an Rasulillah.

Imam Muslim died on Sunday afternoon, on the 24th of Rajab 261 AH May Allah have mercy, forgive any mistakes, and classify it into a class of people who are pious. Ameen.

Taken with Thanks from:
http://bejosedoyo.blogspot.co.uk/2012/01/sejarah-singkat-imam-muslim.html