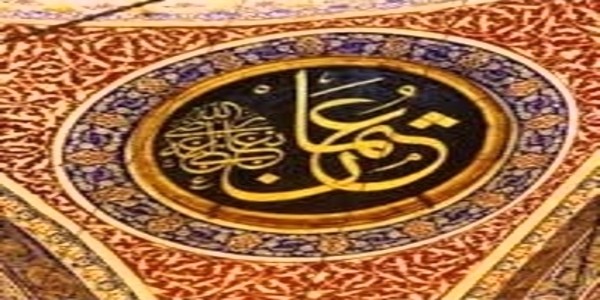 Quotes of Uthman Ibn AffanIt appears that he was a man of few words, but when he spoke his words were surcharged with wisdom. Included below are Islamic quotes about pride, good habits, patience, essentials, piety and more.

He said that four things are useless, and they are:

“Do not quarrel, and do not create differences among yourselves. Hold fast to the rope of Allah and maintain unity in your ranks.”

“Under all circumstances, a person should be patient, otherwise disgrace would be his lot.”

“Acquire wisdom from the story of those who have already passed.”

“The world is proud. Leave it alone lest it entraps by its guises, and teaches you pride which will keep you away from Allah.”


Taken with Thanks from:
http://topislamic.com/islamic-quotes-of-uthman-ibn-affan/

1.Patience in the difficult time testifies true love of man for Allah and His prophet (PBUH).

2. When all other sins are old, greed is still young.

3. He who ignores the rights of man ignores Allah.

4.Patience is the best healing source of anger.

5. Man is hidden in ones own tongue.

6.The one who keeps his intention hidden is more powerful.

7.The one who seeks support from others and then he turns to Allah,receives no support.


Taken with Thanks from:
http://quoteparadisee.blogspot.co.uk/2012/05/hazrat-uthman-bin-affan-ra.html