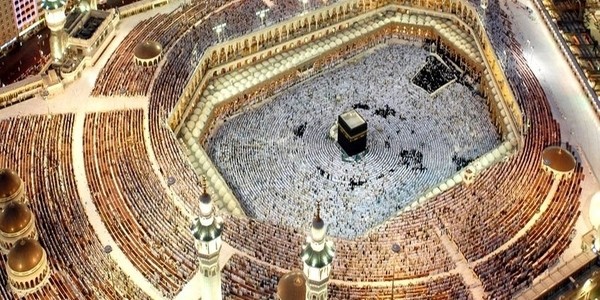 ALLAH’S Command to Believers (Muslims)
[Quran - 2:238 – Al-Muntakhab] “Observe your duty to Allah and maintain the prescribed prayers, especially AL-‘Asr, the afternoon prayer, and humble yourselves to Allah and exercise unqualified obedience to Him”

1. ENJOINED, Fajar Prayer
[Quran - 11:114 – Al-Muntakhab] “Observe your act of worship at both ends of the day -the early morning and the close of the day- and at the early hours of the night -following sunset and before bed time- and keep in mind that pious and virtuous deeds cancel evil deeds. This is simply a reminder for those who keep Allah in mind and lift to Him their inward sight”

[Quran - 24:58 - Amatul Rahman Omar] “O you who believe! it is binding on those whom your right hands possess (domestic servants) and those (of your children) who have not reached the age of puberty to ask your permission (before coming into your private rooms) in three instances, before the morning Prayer, and when you lay aside your clothes due to the heat (in summer) at noon and after the night Prayer. These are three times when your privacy should be respected. At other times no blame shall lie on you or on them (if they come to you without permission), for they have to move about (waiting upon you) some of you (attending) upon others (according to need). That is how Allah explains to you His commandments, for Allah is All-Knowing, All-Wise”

2. ENJOINED, Zuhur Prayer
[Quran - 17:78 – Muhammad Asad] “BE CONSTANT in [thy] prayer from the time when the sun has passed its zenith till the darkness of night, and [be ever mindful of its] recitation at dawn: for, behold, the recitation [of prayer] at dawn is indeed witnessed [by all that is holy]”
[Quran 30:18 – Yusuf Ali] “Yea, to Him be praise, in the heavens and on earth; and in the late afternoon and when the day begins to decline”

3. ENJOINED, Asr Prayer
[Quran - 2:238 – Al-Muntakhab] “Observe your duty to Allah and maintain the prescribed prayers, especially AL-‘Asr, the afternoon prayer, and humble yourselves to Allah and exercise unqualified obedience to Him”

4. ENJOINED, Maghrib Prayer
[Quran - 11:114 – Amatul Rahman Omar] “And observe Prayer at the two ends of the day and in some early hours of the night. Surely, the good deeds wipe out the evil ones. That is a reminder for those who would remember”

5. ENJOINED, Isha Prayer
[Quran - 24:58 – Aisha Bewley] “You who have iman! those you own as slaves and those of you who have not yet reached puberty should ask your permission to enter at three times: before the Dawn Prayer, when you have undressed at noon, and after the Salat al-‘Isha’ – three times of nakedness for you. There is nothing wrong for you or them at other times in moving around among yourselves from one to another. In this way Allah makes the Signs clear to you. Allah is All-Knowing, All-Wise.

ENJOINED SALAT [Prayers], According to Prophet of Islam’s TEACHINGS

[Sunan Abudawud, Book 2, Hadith 0430] “Narrated AbuQatadah ibn Rab'i: Allah , the Exalted said: I made five times' prayers obligatory on your people, and I took a guarantee that if anyone observes them regularly at their times, I shall admit him to Paradise; if anyone does not offer them regularly, there is no such guarantee of Mine for him.”

[Sunan Abudawud, Book 8, Hadith 1415] “There are five prayers which Allah has prescribed on His servants. If anyone offers them, not losing any of them, and not treating them lightly, Allah guarantees that He will admit him to Paradise. If anyone does not offer them, Allah does not take any responsibility for such a person. He may either punish him or admit him to Paradise”

[Bukhari, Book 23, Hadith 480] “Narrated Abu Huraira: A Bedouin came to the Prophet and said, "Tell me of such a deed as will make me enter Paradise, if I do it." The Prophet (p.b.u.h) said, "Worship Allah, and worship none along with Him, offer the (five) prescribed compulsory prayers perfectly, pay the compulsory Zakat, and fast the month of Ramadan." The Bedouin said, "By Him, in Whose Hands my life is, I will not do more than this." When he (the Bedouin) left, the Prophet said, "Whoever likes to see a man of Paradise, then he may look at this man."

[Muslim, Book 002, Hadith 0450] “Abu Huraira reported: Verily the Messenger of Allah (may peace be upon him) said: five (daily) prayers and from one Friday prayer to the (next) Friday prayer, and from Ramadhan to Ramadhan are expiatious for the (sins) committed in between (their intervals) provided one shuns the major sins”

[Malik’s Muwatta Book 9, Hadith 9.25.97] “The Messenger of Allah, may Allah bless him and grant him peace, said to him, 'There are five prayers during the day and the night.”