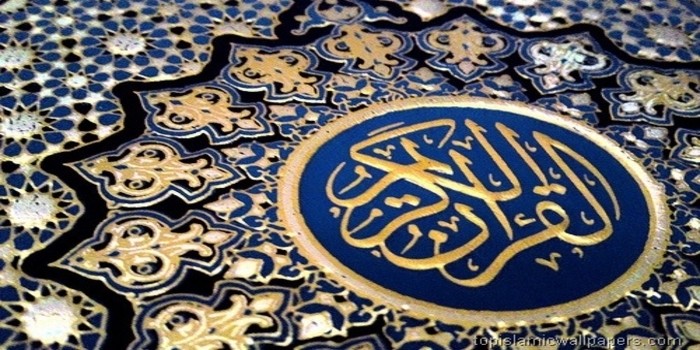 "These are divinely discoursed verses flowing with the precision and grace that are symbolic of the Book -the Quran- the spirit of truth that guides into all truth."
[Quran - 12:1 - Al-Muntakhab]


Quran Defined:
The Qur'an is an eternal translation of the great Book of the Universe[1]and the everlasting translator of the "languages" in which the Divine laws of the universe's creation and operation are "inscribed"; the interpreter of the books of the visible, material world and the World of the Unseen; the discloser of the immaterial treasuries of the Divine Names hidden on Earth and in the heavens; the key to the truths lying beneath the lines ofevents; the World of the Unseen's tongue in the visible, material one; the treasury of the All-Merciful One's favors and the All-Glorified One's eternal addresses coming from the World of the Unseen beyond the veil of this visible world; the sun of Islam's spiritual and intellectual worlds, as well as its foundation and plan; the sacred map of the Hereafter's worlds; the expounder, lucid interpreter, articulate proof, and clear translator of the Divine Essence, Attributes, Names and acts; the educator and trainer of humanity's world and the water and light of Islam, the true and greatest humanity; and the true wisdom of humanity and the true guide leading them to happiness.

For humanity, it is a book of law, prayer, wisdom, worship and servanthood to God, commands and invitation, invocation and reflection. It is a holy book containing books for all of our spiritual needs; a heavenly book that, like a sacred library, contains numerous booklets from which all saints, eminently truthful people, all purified and discerning scholars, and those well-versed in knowledge of God have derived their own specific ways, and which illuminate each way and answer their followers' needs.

Having come from God's Supreme Throne, originated in His Greatest Name, and issued from each Name's most comprehensive rank, and as explained in The Twelfth Word, the Qur'an is God's word (as regards His being the Lord of the worlds) and His decree (in respect of His having the title of Deity of all creatures). It is a discourse in the name of the Creator of the heavens and Earth, a speech from the view of absolute Divine Lordship, and an eternal sermon on behalf of the All-Glorified One's universal Sovereignty. It is also a register of the Most Merciful One's favors from the viewpoint of all-embracing Mercy; a collection of messages, some of which begin with a cipher; and a holy book that, having descended from the Divine Greatest Name's surrounding circle, looks over and surveys the circle surrounded by His Supreme Throne.

The Qur'an briefly contains all Scriptures revealed to previous Prophets, the content of all saints' treatises, and all purified scholars' works. Its six sides are bright and absolutely free of doubt and whimsical thought. Its point of support is Divine Revelation and the Divine eternal Word, whose aim is eternal happiness and whose inside is pure guidance. It is surrounded and supported from above by the lights of belief, from below by proof and evidence, from the right by the heart's submission and the conscience, and from the left by the admission of reason and other intellectual faculties. Its fruit is the Most Merciful One's Mercy and Paradise. It has been accepted and promoted by angels and innumerable people and jinn throughout the centuries.

References:
[1] In Said Nursi's thought, God created the universe as a "book" to be "read" by those who want to learn of and draw close to Him. The universe's order, regularity, interconnectedness, functioning, and so on display some of his Names and Attributes. Others are displayed through the animate and inanimate members of His creation, such as the All-Compassionate, All-Providing, All-Merciful, Forgiver, and so on. (Ed.)