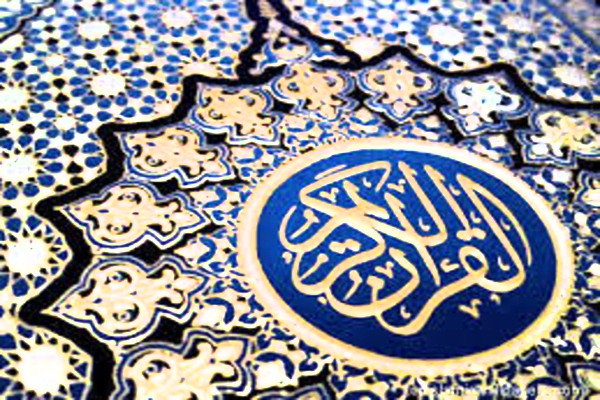 ALLAH’S Quran
“He it is Who has sent His Messenger with the Divine guidance and the Religion of truth that He may make it prevail over all religions. God suffices for a witness (for the truth of His promise and the mission of His Messenger).” [48:28]

“He it is who has sent forth His Apostle with the [task of spreading] guidance and the religion of truth, to the end that He may cause it to prevail over all [false] religion -however hateful this may be to those who ascribe divinity to aught beside God.” [9:33]

“Alif. Lam. Ra. This is a Book which We have sent down unto thee, that thou mayest bring the mankind forth from the darknesses unto the light, by the command of their Lord: unto the path of the Mighty, the Praiseworthy.” [14:1]

“And We inspired to you O Muhammad the Quran to explain to the people all that has been revealed to them of decrees, ordinances and the fundamental principles of Allah's system of faith and worship so that they may hopefully ponder.” [16:44]

“Recite (and teach) that which has been revealed to you from the Book of your Lord. There is none who can change His words (whatever the unbelievers may say or desire), and you will never find, apart from Him, any refuge.” [18:27]

“O you the Messenger: Proclaim and intimate all that has been revealed to you from Allah, your Creator, and if you do not, then you Will have not proclaimed His message. Under His tutelage, Allah protects you from the people who are characterized by acts of prepensed malice and hostile intentions. Indeed Allah does not guide to His path of righteousness those who are. Given to infidelity” [5:67]

“Leave those people alone, who take their religion as mere play and amusement and are deceived by the life of this world. However, keep on admonishing them with this (The Quran), lest their souls be damned by their own sinful deeds. They will not have any protector or intercessor to rescue them from Allah, and if they seek to offer every imaginable ransom, it shall not be accepted from them. Such are those who are damned by their own sinful deeds. They will get boiling water to drink and painful torture for their rejection of the Truth.” [6:70]

“Therefore, O Prophet, keep up your mission of admonition. By the grace of your Lord you are neither a soothsayer nor a madman.” [52:29]

“No more is the Apostle bound to do than deliver the message [entrusted to him]: and God knows all that you do openly, and all that you would conceal.” [5:99]

“Hence, proclaim openly all that thou hast been bidden [to say], and leave alone all those who ascribe divinity to aught beside God:” [15:94]

“However, be not grieved by the sayings of those [who deny the truth]: verily, We know all that they keep secret as well as all that they bring into the open.” [36:76]

“And should they turn their backs, then say to them: "I have done my duty and I have proclaimed to you all alike the word of Allah and warned you of the consequences.
And I just do not know whether what you have been promised -good or bad- is close at hand or far and distant"! [21:109]

“My mission is only to deliver what I receive from Allah and make His messages known. As for those who disobey Allah and His Messenger, they shall be put in the fire of hell to live therein forever." [72:23]