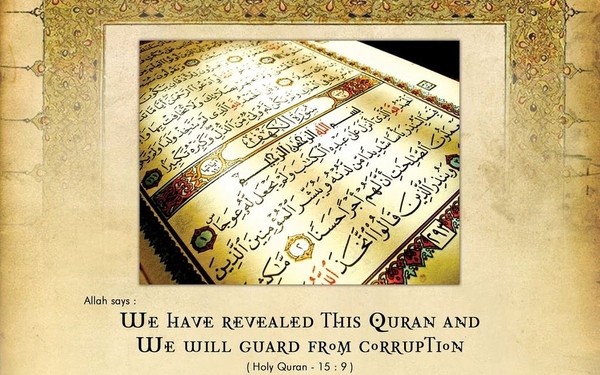 Introduction to the Qur’an

The Glorious Qur'an is the Book of Allah, Who has promised to safeguard its purity from any violation. It is incumbent on each and every person who seeks the dignity of this world and the bliss of the Hereafter, to regulate his life according to it. We must implement its commandments and pay homage to the magnificence of the One Who revealed it. This is an easy task for those favored with guidance from Allah, especially those blessed by having an understanding of Arabic, the language of divine revelation. But for those not acquainted with Arabic, their ignorance is a barrier between them and the source of guidance and illumination. For this reason, translating the message of Allah is not a task to be taken lightly or done superficially.

Before we begin to study the Qur'an, we must realize that unlike all other writings, this is a unique book, as it is the Word of Allah. It has an eternal message and universal relevance. Its contents are not confined to a particular theme or style, but contain the basis of an entire system of life, encompassing a whole spectrum of issues that range from specific articles of faith and commandments to general moral teachings, rights and obligations, crime and punishment, personal and public law, and a host of other private and social concerns. These issues are discussed in a variety of ways, such as direct stipulations, reminders of Allah's favors on His creation, admonitions, and rebukes. Stories of past communities and civilizations are narrated, followed by the lessons to be learned from their actions and subsequent fate.

The Qur'an has a number of unique characteristics, some of which are as follows:

It is the actual Word of Allah, not created but revealed for the benefit of all mankind. Allah says: [It is He Who sent down the Criterion to His servant, that it may be an admonition to all creatures] (Al-Furqan: 1).

It is complete and comprehensive. The Almighty says:
[Nothing have We omitted from the Book] (Al-An`am: 38).

In another place we read:
[And We have sent down to thee the Book explaining all things] (An-Nahl: 89).

It is a theoretical and a practical Book, not only moralizing but also specifically defining the permissible and the forbidden. The importance of understanding the message of the Qur'an is undeniable, but simply reciting it with the intention of seeking Allah's pleasure and reward is also an act of worship and meritorious in itself. Allah the Almighty says:
[So take what the Prophet gives you, and refrain from what he prohibits you]
(Al-Hashr: 7).

It is Allah's eternal miracle revealed to Prophet Muhammad (peace and blessings be upon him) for all succeeding generations. In response to those who doubt the origin of the Qur'an, Allah the Almighty has challenged the most articulate Arabs to produce a whole book, ten chapters, or even one solitary chapter that can be remotely comparable to the Qur'an. But to this day, no one has succeeded in meeting the challenge of the Almighty. The critics of the Qur'an are left speechless by its ineffable eloquence and surpassing beauty.

The Qur'an says: [Say, if the whole of mankind and jinns were to gather together to produce the like of this Qur'an, they could not produce the like thereof; even if they backed-up each other with help and support] (Al-Israa': 88).

[Or they may say: "He forged it." Say: "Bring you then ten chapters forged, like unto it and call (to your aid) whomsoever ye can other than Allah, if you speak the truth] (Hud: 13).

And He says: [Or do they say: "He forged it"? Say: "Bring then a chapter like unto it and call (to your aid) anyone you can besides Allah, if it be you speak the truth] (Yunus: 38).

It has been revealed to re-establish the sincere worship of Allah alone, without associating any partners with Him:

[This is a Book with verses basic or fundamental (of established meaning), further explained in detail, from One Who is Wise and Well-Aware. (It teaches) that you should worship none but Allah] (Hud: 1-2).

[And they have been commanded no more than this: to worship Allah, offering Him sincere devotion, being true in faith, to establish regular prayer and to give Zakat, and that is the religion Right and Straight] (Al-Bayyinah : 5).

It contains a complete code that provides for all areas of life, whether spiritual, intellectual, political, social, or economic. It is a code that has no boundaries of time, place or nation:
[Verily this Qur'an doth guide to that which is most right] (Al-Israa': 9).

Allah the Almighty has taken upon Himself the duty of preserving the Qur'an forever in its entirety, as He says:
[We have without doubt sent down the Message, and We will assuredly guard it (from corruption)] (Al-Hijr: 9).

It has been preserved so well, both in memory and in writing, that the Arabic text we have today is identical to the text that was revealed to the Prophet (peace and blessings be upon him). Not even a single letter has yielded to corruption during the passage of centuries, and so it will remain for ever, by the order of Allah.