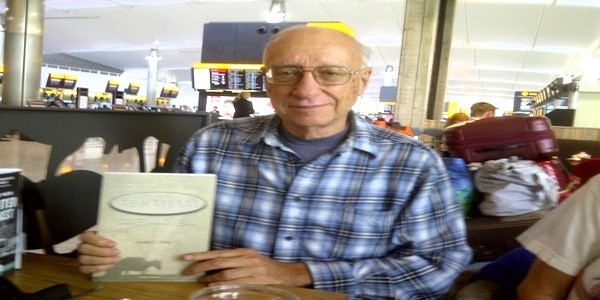 How Can A Rabbi Believe In Prophet Muhammad?

The most important thing that I believe about Muhammad and Jesus is that they were human beings; and no human being, or any other living creature, can be God or a part of God.

I am a Rabbi; and I can tell you that a Rabbi can not believe in Jesus the way Christians do; as the Son of God.

Actually, according to the Gospels themselves, Jesus almost always referred to himself not as the 'Son of God'; but as 'The Son of Man'. The expression "the Son of man" occurs 81 times in the Greek text of the four gospels and only very rarely do even the Gospels claim Jesus directly called himself the 'Son of God'.

But Jesus, who himself strongly preferred the term 'Son of Man', did often refer metaphorically to God as his father when talking to Jews who Jesus knew would never take his words literally. He did not know that non-Jews in the Roman Empire would think he meant it literally.

The Qur'an states: “Allah is only One God. Far be it removed from His transcendent majesty that He should have a son. All that is in the heavens and all that is in the earth is His. Allah is sufficient as a Defender.” (Quran 4:171)

All Jews and Muslims agree that the One God who created the universe is sufficient to provide suitable religious guidance to each and every people on earth without needing help from anyone else; including a son.

Since Muhammad himself never claimed, and to this day no normal Muslim would ever claim, that Muhammad was a part of God; can I as a Rabbi believe in Muhammad as a Prophet of the one and only God?

I can and I do; although not exactly the same way that Muslims do. For example, I do not believe, nor do I disbelieve, the doctrine that being the Seal of previous Prophets means Prophet Muhammad is the last of the Prophets who will ever come to Mankind. I follow the instruction of Prophet Muhammad who in a Hadith narrated by Abu Huraira said:

Following Muhammad’s teaching, I too neither believe nor disbelieve in all traditional Muslim interpretations of the Qur’an. I do respect the Qur’an very much as a kindred revelation, first given to a kindred people, in a kindred language.

I do believe in the Qur’an’s teaching that a Muslim is one who submits to the will of God (like my ancestors Abraham, Isaac, Jacob and Joseph), and believes that God has sent thousands of different prophets to the many peoples of the world.

As a Reform Rabbi I believe that Jewish spiritual leaders should modify Jewish tradition as social and historical circumstances change and develop. I also believe we should not make religion difficult for people to practice by adding an increasing number of restrictions to the commandments we received at Mount Sinai.

These are lessons that prophet Muhammad taught 12 centuries before the rise of Reform Judaism in the early 19th century Germany. Although most Jews today are no longer Orthodox, if the Jews of Muhammad's time, had followed these teachings of prophet Muhammad, Reform Judaism would have started 1,400 years ago. (In the U.K. Reform Jews are called Liberal Jews. Reform Jews in the U.K.are what we in North America call Conservative Jews.)

I also believe that Muhammad was a prophet of Reform Judaism to the Orthodox Jews of his day; although he was 1,200 years ahead of his time. During the six centuries between the birth of Jesus and the arrival of Muhammad in Yathrib, the city of Jews (Medina), almost all Jews had became Orthodox Jews.

After the destruction of Jerusalem in the year 70 CE, the percentage of Jews living as  minorities throughout the middle east, and in countries around the Mediterranean Sea, steadily rose higher and higher.

In reaction to the danger of assimilation into the polytheistic majority, Orthodox Rabbis added many extra prohibitions to Jewish law; and most Jews became increasingly strict in the observance of the laws of Shabbat and Kashrut (dietary restrictions).

Orthodox Rabbis did not follow the example of Muhammad as narrated by his wife 'Aisha: Whenever Allah's Apostle was given the choice of one of two matters, he would choose the easier of the two, as long as it was not sinful to do so, but if it was  sinful to do so, he would not approach it.

'Aisha also said:  Whenever Allah's Apostle ordered the Muslims to do something, he used to order them to do deeds which were easy for them to do.

Although the Torah of Moses prohibits adding to the commandments (Deuteronomy 4:2 and 13:1) over the centuries Orthodox Rabbis added many restrictions to the laws of prohibited activities under the theory of building a protective fence around the Torah's laws.

Also, whenever Orthodox Rabbis were in doubt if an animal had been slaughtered correctly according to Jewish law, or if one could eat a newly discovered species of bird, it was ruled prohibited.

They were not guided by Muhammad's principle as narrated by Sa'd bin Abi Waqqas: The Prophet said, "The most sinful person among the Muslims is the one who asked about something which had not been prohibited, but was prohibited because of his asking."

The Torah also teaches:"When a woman has a discharge, her discharge being blood from her body, do not come near her for seven days; she is taboo for her menstrual period. " (Leviticus 15:19)

Orthodox Rabbis extended the period from seven to about twelve days and demanded no physical contact at all during that period. Muhammad supported the Torah's ban on sex during a woman's period, but opposed the additional restrictions enacted by Orthodox Rabbi.

As Thabit narrated from Anas: “Among the Jews, when a woman menstruated, they did not dine with her, nor did they live with them in their houses (they slept in separate beds). The Companions asked The Apostle, and Allah, the Exalted revealed: 'They ask you about menstruation; say it is a pollution, so keep away from woman during menstruation and do not approach until they are clean again.' (Qur'an 2: 222).

The Messenger of Allah said: 'Do everything except intercourse'. (Orthodox) Jews heard that and said: This man does not want to leave anything we do without opposing us in it.”

Reform Rabbis today would advocate that a Jewish couple behave in a way much closer to that of Muhammad than to that of Orthodox Rabbis then or now. Thus I can and do see Muhammad as a Prophet of Reform Judaism, which is the largest part of  the North American Jewish Community.