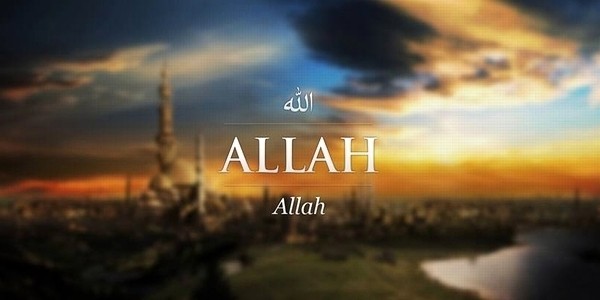 Among the many beautiful names of "Allah" is The Creator.

The name "Allah" is a word that is heard quite often these days whether it is on the television or passed along in conversation. But most non-Muslims have no idea who Allah is.

Some mistakenly believe that Allah is a deity that Muslims worship similar to the way in which Buddhists worship Buddha. Others think that Allah is a man or a prophet. Just the name "Allah" is so shrouded in mystery because most people never take the time to unravel the meaning.

Rather they believe what they see portrayed in the heavily biased media and allow their fears to take hold of their chests instead of seeking out the truth for themselves.

The meaning of Allah is so simple. Allah is the Arabic form of the word "The One True God". Muslims worship the exact same God that Jews and Christians do.

However, Muslims prefer to call God by His proper name Allah and refrain from using the word "god" itself since it can be attributed to so many other things. For example, in proper English the feminine form of "god" is "goddess" and let’s look at Greek Mythology where the Greeks worshipped many "gods".

Muslims believe that Allah is the One and Only God without partners and that the name "Allah" is unique to the sole Creator of this World and everything in it. To liken Allah to another supposed god in any way shape or form is to commit the one unforgivable sin of shirk, or ascribing partners to Allah.

Muslims believe in submitting their entire will to Allah through acts of worship, obedience and good deeds.

Islam is the only religion on Earth that remained purely monotheistic. Each time a Muslim prays to Allah, he has a meeting with the Lord of this World without an intercessor or mediator.

Muslims believe in submitting their entire will to Allah through acts of worship, obedience and good deeds. Muslims believe that Allah is ever-present watching over His Creation and is always close to them.

Allah says in the Quran what means,

[And indeed We have created man, and We know what his own self whispers to him. And We are nearer to him than his jugular vein (by Our Knowledge).] (Qaf 50:16)

The Quran reveals that there are Beautiful Names of Allah, which is how Muslims get to know the Creator. Muslims are forbidden to ponder upon Allah’s appearance or to attribute Him to anything in this World as some faiths liken Allah to man. Islam rejects this entirely. We can know about Allah from His beautiful names of which Prophet Muhammad said:

"Verily, there are ninety-nine names of God, one hundred minus one. He who enumerates (and believes in them) them would get into Paradise." (Al-Bukhari)

Some of the names are:

Allah gave mankind one final chance to be mindful of Him and to obey Him.
According to Islam, the message of the Quran and the Sunnah of the Prophet Muhammad is the very same one that was given to the Jews and Christians.

However, meanings were lost in translation and the books revealed to past generations were corrupted and distorted by the hands of humans.

Allah gave mankind one final chance to be mindful of Him and to obey Him. And that chance came in the form of an unlettered man from the deserts of Arabia named Muhammad and through him Allah revealed His final revelation.

The Quran is the last book that Allah gave to humans and it is preserved which means Allah will safeguard it from corruption. Over the past 14 centuries, not a single letter has been changed or altered. No more books or Prophets will come to this world. And it is up to humans as to whether they believe in this final message or turn their backs on it as scores have done before and continue to do every day.

The best way for humans to understand Allah as the Creator is to open their eyes and see His design. Who else but Allah could create a flower as perfect as the rose? Or cover Earth with so much vegetation and foliage that scientists today are still unearthing new species?

Allah is the Most Kind and the Most Merciful. All that Allah has asked for humans to do is to be pious, worship Him alone and be kind to our fellow man. In return, humans are the veritable owners of the Earth to rule it as they see fit as Allah continuously showers His innumerable blessings upon humanity as well as punishments for those who disobey and wreak havoc on the Earth.

Islam is not a new religion or something that a few simply chose one day to follow. Islam is a continuation of the previous messages that were revealed to past Prophets.

Prophet  Muhammad seals the line of prophets who came to this world both to warn humans and give glad tidings of Allah's mercy. It is only through Allah's love and mercy for mankind that He bothered to send prophets so that we may know Him… the One and Only God.