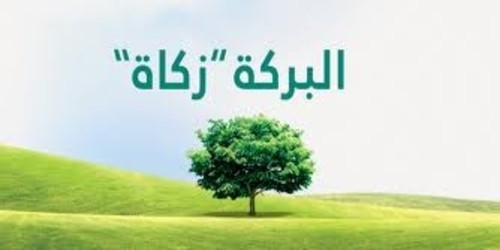 An introduction to the third pillar of Islam, the compulsory charity or zakat, the spiritual dimensions of zakat and charity, and how Islam views money in general.

Charity is not just recommended by Islam, it is required of every financially stable Muslim. Giving charity to those who deserve it is part of Muslim character and one of the Five Pillars of Islamic practice. Zakat is viewed as “compulsory charity”; it is an obligation for those who have received their wealth from God to respond to those members of the community in need. Devoid of sentiments of universal love, some people know only to hoard wealth and to add to it by lending it out on interest. Islam’s teachings are the very antithesis of this attitude. Islam encourages the sharing of wealth with others and helps people to stand on their own and become productive members of the society.

In Arabic it is known as zakat which literally means “purification”, because zakat is considered to purify one’s heart of greed. Love of wealth is natural and it takes firm belief in God for a person to part with some of his wealth. Zakat must be paid on different categories of property — gold, silver, money; livestock; agricultural produce; and business commodities — and is payable each year after one year’s possession. It requires an annual contribution of 2.5 percent of an individual’s wealth and assets.

Like prayer, which is both an individual and communal responsibility, zakat expresses a Muslim’s worship of and thanksgiving to God by supporting those in need. In Islam, the true owner of things is not man, but God. Acquisition of wealth for its own sake, or so that it may increase a man’s worth, is condemned. Mere acquisition of wealth counts for nothing in the sight of God. It does not give man any merit in this life or in the hereafter. Islam teaches that people should acquire wealth with the intention of spending it on their own needs and the needs of others.

A servant says, My wealth. my wealth, but out of his wealth three things are only his: « whatever he eats and makes use of or by means of which he dresses himself and it wears out or he gives as charity, and this is what he stored for himself (as a reward for the Hereafter), and what is beyond this (it is of no use to you) because you are to depart and leave it for other people».
«يقول العبد: مالي. مالي. إنما له من ماله ثلاث: ما أكل فأفنى. أو لبس فأبلى. أو أعطى فاقتنى. وما سوى ذلك فهو ذاهب، وتاركه للناس» مسلم

The whole concept of wealth is considered in Islam as a gift from God. God, who provided it to the person, made a portion of it for the poor, so the poor have a right over one’s wealth. Zakat reminds Muslims that everything they have belongs to God. People are given their wealth as a trust from God, and zakat is intended to free Muslims from the love of money. The money paid in zakat is not something God needs or receives. He is above any type of dependency. God, in His boundless mercy, promises rewards for helping those in need with one basic condition that zakat be paid in the name of God; one should not expect or demand any worldly gains from the beneficiaries nor aim at making one’s names as a philanthropist. The feelings of a beneficiary should not be hurt by making him feel inferior or reminding him of the assistance.

Money given as zakat can only be used for certain specific things. Islamic Law stipulates that alms are to be used to support the poor and the needy, to free slaves and debtors, as specifically mentioned in the Quran [9:60]. Zakat, which developed fourteen hundred years ago, functions as a form of social security in a Muslim society.

Neither Jewish nor Christian scriptures praise slave manumission by raising it to worship. Indeed, Islam is unique in world religions in requiring the faithful to financially help slaves win their freedom and has raised the manumission of a slave to an act of worship - if it is done to please God.

Under the caliphates, the collection and expenditure of zakat was a function of the state. In the contemporary Muslim world, it has been left up to the individual, except in some countries in which the state fulfills that role to some degree. Most Muslims in the West disperse zakat through Islamic charities, mosques, or directly giving to the poor. Money is not collected during religious services or via collection plates, but some mosques keep a drop box for those who wish it to distribute zakat on their behalf. Unlike the zakat, Giving other forms of charity in private, even in secret, is considered better, in order to keep one’s intention purely for the God.

Apart from zakat, the Quran and Hadeeth (sayings and actions of the Prophet Muhammad, may the mercy and blessings of God be upon him) also stress sadaqah, or voluntary almsgiving, which is intended for the needy. The Quran emphasizes feeding the hungry, clothing the naked, helping those who are in need, and the more one helps, the more God helps the person, and the more one gives, the more God gives the person. One feels he is taking care of others and God is taking care of him.