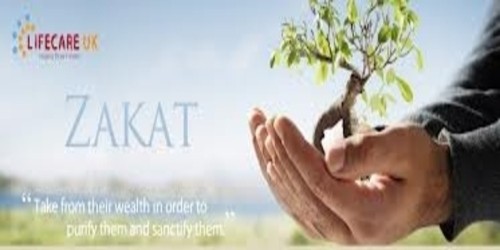 [ALLAH’S Quran – 9:60 – Ali Unal] “The Prescribed Purifying Alms (the Zakah) are meant only for the poor, and the destitute (albeit, out of self-respect, they do not give the impression that they are in need), and those in charge of collecting (and administering) them, and those whose hearts are to be won over (for support of God’s cause, including those whose hostility is to be prevented), and to free those in bondage (slavery and captivity), and to help those over-burdened with debt, and in God’s cause (to exalt God’s word, to provide for the warriors and students, and to help the pilgrims), and for the wayfarer (in need of help). This is an ordinance from God. God is All-Knowing, All-Wise.”

SADAQAH [Voluntary Benevolence, Benevolent Gift; for The Love of ALLAH]

[ALLAH’S Quran – 2:177 – Sher Ali] “It is not righteousness that you turn your faces to the East or the West, but truly righteous is he who believes in ALLAH and the Last Day and the angels and the Book and the Prophets, and spends his money out of love for HIM, on the kindred and the orphans and the needy and the wayfarer and those who ask for charity and for ransoming the captives; and observes prayer and pays the Zakat;”